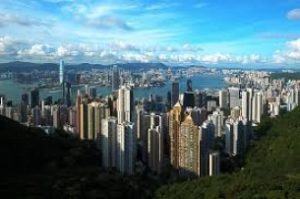 Over the past two decades, the Asia Pacific has been the fastest developing region in the world. Many countries have achieved spectacular economic growth, which has delivered prosperity to millions and led to significant industrial upgrades and rapid urbanisation. However, 1.6 billion people here are still living in poverty, with nearly a billion lacking access to electricity. The region faces a significant challenge to close infrastructure gaps and build cities that offer an improved quality of life. Moreover, as home to over half of the world’s people, but far less than half of its natural resources, sustainable economic prosperity in Asia depends on being able to transition to cleaner and more efficient modes of development. Currently, developing Asia alone invests over US$880 billion annually in infrastructure, as opposed to the circa US$1.7 trillion every year that the Asian Development Bank (ADB) estimates is needed up until 2030 to fund climate smart infrastructure; a total of US$14.7 trillion is required for power and US$8.4 trillion for transportation. As is well recognised by now, public funds alone cannot finance the transition to a greener economy in Asia. The People’s Bank of China, for example, forecasts that China needs to spend over US$1 trillion annually for the next five years to meet its environmental targets, but the government has the capacity to finance only 15%, while the rest must be met by private sources.
Government reserves are far outweighed by private funds, much of which are managed in the global capital markets. But very little of this private capital is allocated to low carbon investments in emerging markets. The factors driving this reluctance are well known and we don’t need to rehearse them here. What we do need is to identify bold solutions, which have the potential to move entire market segments. The creation of Green Investment Banks (GIBs) (there are thirteen in existence around the world) seems to be having such an impact. Although so far most of their operations have taken place in developed markets, there is enormous potential for a Green Investment Bank in Asia to play an essential catalytic role in attractingprivate capital into low carbon infrastructure development. And the location of choice for such a ground breaking institution is the region’s financial capital, Hong Kong.
What Could a Green Investment Bank Do For Asia? A GIB is a new kind of government financial institution set up specifically to channel private finance into low carbon infrastructure (such as renewable energy, energy efficiency, water and waste management) and climate friendly construction. It uses public funding to provide financing tools and market support that encourage private sector financing for green projects on acceptable terms. Rather than subsidising green infrastructure, GIBs structure projects on a commercial basis and seek to create liquid markets that can stand on their own. What is crucial for Asia is that Green Investment Banks have demonstrated the ability to encourage private investment – and thereby, low carbon development – that simply would not have occurred otherwise. For example, the Green Investment Bank in the United Kingdom created the world’s first offshore wind fund to catalyse investment in what was at the time an underfunded technology. That fund is now Europe’s largest dedicated renewable energy fund with over £1 billion under management and investors including sovereign wealth, pension and insurance houses. The key point is that many of those institutions had not previously invested in wind power, and might never have done so without the intervention of the UK GIB. At the other end of the investment spectrum, the Connecticut Green Bank has implemented one of the most successful building energy efficiency programmes in the US. Small scale projects typically struggle to attract private capital due to high transaction costs and the need to analyse varying credit, technology and locations, so the Connecticut Green Bank took the initiative to standardise, aggregate and initially warehouse energy efficiency loans on its own balance sheet. Once scale was achieved and creditworthiness demonstrated, assets were transferred to local banks and real estate investors, which are now active in this market on

commercial terms. To make a real difference in Asia, we need large scale interventions of this type. According to the ADB, we need to double our annual spending on low carbon infrastructure in the region. This just won’t happen without new approaches to attracting private capital. Creation of a regional GIB with this specific mission, together with the necessary specialist knowledge and appropriate capitalisation to allow it to provide credit enhancement and investment support where necessary, would send a strong signal that Asia is ready to be serious about funding low carbon growth. Moreover, governments need to be ready to balance more “stick” with well designed “carrot”. Regulations will play an important role in influencing behaviour, but regulatory development tends to be slow. And by its very nature, regulation tends to be negative. A GIB which offers expertise and financial tools to unlock significant additional capital for cleaner energy, transportation and city developments in the region’s emerging markets would positively demonstrate that the transition to a greener economy can be viable for business and profitable to investors.
Hong Kong, which has for many years been the regional leader in structuring private capital flows into Asian infrastructure, is the logical choice of financial centre to address the substantial development challenges of the coming decades through the establishment of a GIB. It is home to Asia’s most sophisticated capital markets, has both the skills and the financial resources required to create a robust, innovative financial institution which can execute on a clear mandate to maximise private investment in low carbon development.In addition to the market’s deep experience with these sectors, it is Hong Kong’s capacity to utilise public funding to catalyse private investment that would transform its Green Investment Bank from another talking shop into a powerful economic tool. The Hong Kong government’s substantial financial resources, as well as its robust credit rating, would underpin the bank’s viability and its capacity to provide comfort to investors on the transactions it will undertake. Moreover, Hong Kong’s longstanding reputation as a well governed financial centre, strengthened by confidence in the rule of law, transparency and compliance, puts it ahead of other markets which might seek to play a role in this space. It is essential that the GIB demonstrates operational independence and it must be clear to the markets that there would be no government interference in its investment decision making (Any perception that a GIB is supporting pet projects rather than focusing on market needs would make it impossible to attract long term private capital to its transactions). Policy makers in several other countries are indeed also considering the potential for GIBs. Most notably, China may be planning a pilot programme for five banks at provincial level. Whereas these institutions could play an important role in channelling capital into domestic investment, Hong Kong is the only market that has the capacity to attract international capital at scale into low carbon infrastructure. Establishment of a Green Investment Bank would create the necessary correct vehicle to mobilise global funds and channel them to where they are most needed in the region.