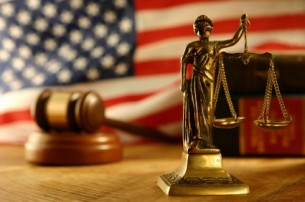 Investors including ATP, the DKK469bn (€63bn) Danish Labour Market Supplementary Pension, have had a major setback in their four-year mortgage-backed securities class action case against Swiss bank UBS.
Earlier this month a US judge ruled that the investors’ case was invalid in the light of the controversial Morrison v. National Australia Bank US Supreme Court ruling last year. ‘Morrison’ effectively bars US securities fraud suits for shares traded on a foreign stock exchange.

The 4.7m-member ATP, along with the City of Pontiac Policemen’s and Firemen’s Retirement System, Germany’s Union Asset Management and Luxembourg’s International Fund Management are lead plaintiffs in the case. They allege UBS violated US federal securities laws and made “false and misleading statements” about investments in mortgage-backed securities and other purportedly high-risk assets.

Other representative plaintiffs are the Teamsters Union Local 500 Severance Fund, the Oregon Public Employees Board, the Alaska Laborers-Employers Retirement Fund and the UK’s Council of the Borough of South Teesside.They had argued that the UBS shares they bought on foreign exchanges were also cross-listed on the New York Stock Exchange. But Judge Richard Sullivan in the Southern District of New York ruled that shareholders could only proceed with claims based on shares actually listed in the US. The case, which commenced in December 2007, pre-dates UBS’s current rogue trading scandal.

“Plaintiffs’ strained interpretation of Morrison is unpersuasive,” Sullivan wrote. “Put simply, the foreign plaintiffs fail to allege any domestic conduct at all other than defendants’ listing of UBS stock on an American exchange.”

“The ruling wipes out almost 90% of UBS’s exposure,” writes legal commentator Alison Frankel. And it means the end of plaintiffs’ attempts to get around the Morrison ruling.

A twist is that ATP had been among a group of major international institutional investors with a combined $1.9trn in assets who had expressed fears – in a so-called court Amicus Brief – that Morrison would help the US become “a haven for international fraudsters”.