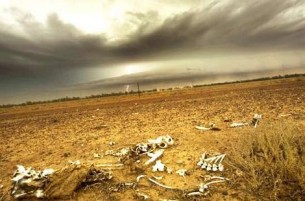 As the Australian superannuation pensions market balloons, Jeff Bresnahan, managing director of SuperRatings, which rates superannuation funds on issues such as performance and fees, says incorporation of climate change issues into investment policies is also becoming a key fund sales differentiator.
Figures from Watson Wyatt, the investment consultant showed Australian super fund assets reaching A$1.07 trillion at the end of 2007, up A$125 billion from A$940bn at the end of 2006. Since 2002, the government has required employers to contribute 9% of workers’ earnings to individual superannuation accounts. Employees can make additional voluntary contributions. In 2005, the superannuation market was liberalised giving employees the option of selecting the fund to which their employers’ compulsory contributions are made. This has resulted in a battle for consumer loyalty between not-for-profit industry superannuation funds and retail funds. SuperRatings has introduced an “Infinity Award” to label funds that are taking climate change seriously in their investment. Bresnahan said the movement of ratings agencies into rating ESG performance will mean that super funds not only need to ‘talk the talk’ but ‘walk the walk’.“Consumers believe that climate change is important to everything that they do – and that flows into the superannuation arena. It is basically like a wave that is building and building and our belief is that ultimately consumers will have a very strong belief in the issues relating to climate change and will be looking to their various suppliers – whether it be their super funds, or their banks, or any other suppliers for that matter – to see what they are actually doing about this whole issue.” Can super funds really make a difference on climate change? “I think they can for several reasons”, says Bresnahan. “One is their reach. We’ve got 30 million superannuation accounts in Australia servicing 10 million working Australians so their reach is incredibly strong. The second part to it is that they control – not necessarily have majority control, but they have influence over – a significant number of both private and public companies and can influence through their voting position some of the issues that relate to climate change and all the related issues around it, so they have a very strong influence over companies that mums and dads obviously have no influence over so as a group they can speak quite loudly.” SuperRatings has awarded the initial ‘Infinity Award’ to Australian Ethical Retail Superannuation,

which, according to Bresnahan, has adopted environmental and social issues as part of its charter from day one.
He says that what made the fund stand out were simple things. “They moved into a purpose-built 6 star green building last year, which shows their commitment to this whole process. They have basically demonstrated their position rather than just talked about it, and that was probably one of the key things for us, because it is early days in this whole scenario. It is quite easy to talk the talk for want of a better expression; it is not so easy to walk the walk, and Australian Ethical have definitely done that already.” The SuperRatings methodology for the “Infinity Award” includes whether a fund has signed up to the United Nations Principles for Responsible Investment. Bresnahan says: “We’ve got an initial methodology we think works but we are quite clear in understanding that this whole issue will change rapidly and will continue to change over a period of months and years going forward.We are not going to claim to totally understand the whole process and will be looking to partner with organisations that can assist us with the methodology side of things. Our main thing is to obviously collect, collate and measure the data and if we’ve got to team up with someone from a methodology point of view, we’re quite open to that going forward.” For super funds, whether or not they have signed up to the PRI, the introduction of an external rating system on ESG issues means that consumers are increasingly going to be able to understand how a fund is actually performing. Just as the introduction of ratings agencies meant that superannuation funds were forced to look at their internal processes in order to ensure that they kept up with best practice, the introduction of ESG ratings will do the same.
Gordon Noble is the Principal of Responsible Investment Consulting, which produces Responsible Investment News, a weekly newsletter for Australian institutional investors.