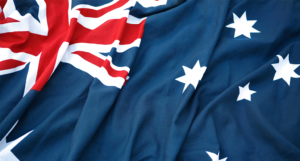 Kristy Graham, executive director of the Australian Sustainable Finance Initiative (ASFI), told Responsible Investor that, given that the need for guidance to allocate capital to credible transition activities is emerging as a “key driver”, Australia’s taxonomy “will likely need a ‘transition category’ with living criteria that will become more stringent over time”.

The absence of a transition element from the EU’s green taxonomy was raised by Patricia Plas, group director of public affairs at French insurer Axa. In July, she told RI: “Obviously what we as society need to do, and what needs to be financed, is the transition. The hole for the moment is how do you define that and where do you put the transition in the framework.”

ASFI, which was launched in 2019 by Australia’s finance sector, named the development of a taxonomy as a priority in March. It was also a recommendation in the initiative’s 2020 roadmap, which stressed that such a framework should “align and harmonise with emerging international sustainable finance taxonomies … while also reflecting the unique characteristics of the Australian market”.

Graham told RI that, while the technical criteria will account for Australia’s current economic structure as a baseline, the pathway to net zero “would be aligned to robust, science-based evidence that is accepted by global capital markets”.

Another resource-intensive economy that attempted to establish its own transition taxonomy was Canada. Following delays, however, RI reported in April that work on the initiative had been paused following “fundamental differences of opinion” between committee members designing the framework.

Last week, ASFI published a “framing paper”, outlining key considerations that will inform the development of the Australian taxonomy. The report, produced by consultant EY, said there were “lesson to be learned” from the EU and UK’s efforts “around promoting a science-based approach, at arm’s length from government, to support effective outcomes”.

Graham told RI that there is a clear role for government as part of taxonomy governance – “particularly when setting the strategic direction”. She noted, however, that in order to ensure the taxonomy is usable and credible, the finance sector has said that a “clear, transparent methodology for developing and reviewing technical criteria, that is applied consistently over time and not subject to evolving policy shifts” is critical.

She added: “The proposed governance model should enable the taxonomy and technical criteria development to be science-based rather than aligned to specific policies. It also requires an enduring, transparent and accountable structure so the ‘transition activities’ can be periodically adjusted and refined in line with globally credible transition pathways.”

More detail on the proposed governance model will be included in the paper to be published in December by ASFI, which will make recommendations on an Australian taxonomy.