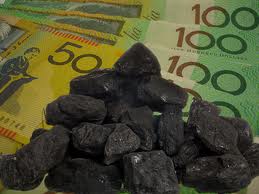 The Australian government says the carbon price introduced in July 2012 has begun to transform the domestic energy market – leading to an almost 30% growth in renewable energy generation.
New government data shows that in the nine months to the end of March 2013, electricity generated by the country’s seven most emissions-intensive power stations fell by 16% compared to the same period in 2011-12. Meanwhile, renewables, including hydroelectric, has grown 28.3%.
It means that black and brown coal fired generators now account for 50.5% and 24.2% of the country’s energy mix respectively – compared to 51.7% and 27.4% before.
Renewables now account for 18,706GWh, or 12.5% of overall capacity – up from 14,578GWh (9.5%).
Australia introduced carbon pricing as part of the Clean Energy Legislative Package last year. Its main feature is the Clean Energy Act which set a fixed carbon tax, initially A$23 (€17.7) a tonne, on the top 500 polluters.For 2013-14 the price will be $24.15 a tonne, rising to $25.40 the year after. It’s planned that the price will be set by the market from July 1 2015.
“With significantly less brown coal-fired electricity being generated, more renewable energy and more lower-emission natural gas-fired power has been going into the national grid,” the government said.
“We need to reduce carbon pollution to tackle climate change and carbon pricing is the most environmentally effective, economically responsible and socially fair way of reducing emissions.”
The government said that while black coal had started to be replaced by cheaper brown coal, which had maintained its generation volumes. “The carbon price has changed this.”
It comes as the A$10bn government-backed Clean Energy Finance Corp. (CEFC) received its investment mandate just last month. Link