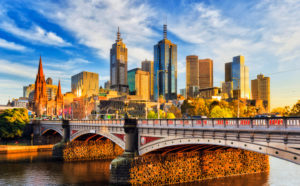 Melbourne-based AustralianSuper manages over A$180bn (€111bn) in assets on behalf of more than 2.1m members, or one in 10 working Australians.

Globally the fund supported 42% of climate change proposals. But in Australia it voted against all 16 resolutions on the issue across 10 different companies it owns.

Three of those firms – Origin Energy and miners BHP and Rio Tinto – are targets of Climate Action 100+ (CA100+), the investor engagement initiative that is attempting to steer the world’s dirtiest companies towards Paris aligned trajectories.

The other Australian firms owned by the fund to face climate resolutions this year were: energy company AGL; insurers IAG, QBE and Suncorp; and banks Westpac, National Australia Bank (NAB) and ANZ.

“With the exception of BHP many were standardised resolutions seeking disclosure on exposure reduction targets and transition planning,” said Andrew Gray, Director of ESG and Stewardship at Australian Super.

“In all cases the company had already made a commitment that fulfilled what investors were asking for or undertook to do so in engagement,” he said.

Gray also sits on the steering committee of CA100+.

The three other resolutions on climate lobbying voted down by AustraliaSuper were at Origin, NAB and ANZ. All were filed by the Australian Centre for Corporate Responsibility (ACCR), the shareholder advocacy group, which also led the proposal at BHP.

Climate lobbying (direct and indirect) by target companies is high on the CA100+ agenda, regarding management of trade bodies’ activities as part of good governance.

Late last year, RI reported that HSBC Asset Management, which acts as the European lead on BHP as part of CA100+, also did not support the climate lobbying proposal filed at the mining giant.

BHP’s other lead investor, AMP Capital, which focuses on the Australian arm of the business, did not want to say which way it voted when asked.

Despite this, the resolution, which called on the miner to suspend membership of trade groups acting in opposition to the Paris climate agreement, was backed by close to 30% of shareholders, by far the most supported climate resolution in the country in 2019.

It was co-filed by the Church of England Pension Board (CEPB), Actiam and MP Pensions, the Danish fund – all three are members of CA100+.

“It [the BHP vote] represents a kind of ‘we know best’ arrogance reserved for the biggest fish in a small pond, will not serve their members well. Collective action is necessary in the face of the huge collective threat of climate change. Those responsible should hang their heads in shame.”

Australian Super’s Gray told RI that the fund “undertook extensive engagement” with BHP and even met with the company’s chair.

He said that the lobbying resolution was not supported as the company is “seeking to redress material areas of non-alignment on climate change issues with its industry associations”.

Gray also pointed to moves by controversial trade bodies such as Coal 21 to clarify their purpose and the Minerals Council of Australia’s (MCA) plans to “develop a climate action plan in 2020”.

“We would prefer BHP to remain engaged with this process than suspend its membership at this time”, he said.

BHP’s incoming CEO, Mike Henry, currently sits on the board of the MCA, which was found to be in the top 10 globally in terms of negatively influencing climate policy by Influence Map in a recent report.

One Australian super fund that did support the BHP proposal, however, was Local Government Super (LGS). The A$12bn fund also supported three out of four of the climate based proposals filed at Origin.

LGS – also a signatory to CA100+ – was identified last year as a leader in voting for climate-related shareholder resolutions by a Market Forces report. But overall the Australian non-profit’s study painted a picture of poor support for, and lack of transparency on, climate votes among the nation’s super funds.

A spokesperson for CA100+ has not responded at the time of writing.

Staying in Australia, Pablo Berrutti, Senior Investment Specialist at Stewart Investors and member of the Australian Sustainable Finance Initiative (ASFI), has put a call out to the RI community to help raise A$10,000 to support the country’s wildlife in response to the devastating bush fires.