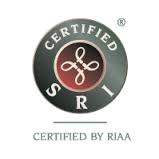 Local Government Super, the A$9bn (€5.9bn), 90,000-member fund for local government or related employers in New South Wales, has become of the first three schemes to be assured as ‘wholly’ responsible investors under a re-launched certification program from the Responsible Investment Association of Australasia (RIAA).

The others are Christian Super, the A$1bn 100% ethically screened fund, and the Australian Ethical Super from the fund manager of the same name.

More than 80 products, including equity, bond and property funds as well as impact investments, have been profiled along with 20 financial advisors. Beyond this, a category has existed for pension saving products called the ‘certified super fund option.’ Among those featured are UniSuper, Future Super and the Grosvenor Kiwi Saver Scheme.As part of the re-launch, the association said it was adding another category to the program – namely ‘certified superfund (whole of fund)’. Regarding the three schemes, RIAA said all had demonstrated “leading practices” to integrate responsible investment.

Citing examples, RIAA said the schemes had at least 75% of their assets managed responsibly, were fully transparent about their investing and had applied active ownership strategies like engagement and proxy voting.

Phil Vernon, Chief Executive of Austrian Ethical, noted that as a growing number of Australians were using their choice of pension fund to advance a sustainable future, RIAA’s program helped them make that important choice. And Tim Macready, Chief Investment Officer of Christian Super said it was a “valuable recognition” of its work to achieve good outcomes for members using ethical and sustainable decision-making.