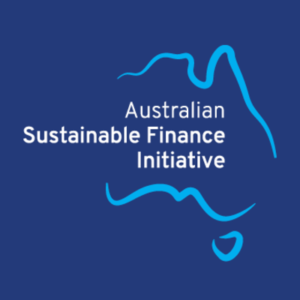 Australia’s Sustainable Finance Initiative (ASFI) has named 130 members to its five working groups, as it sets out to develop a sustainable roadmap for the country’s financial sector over the next 18 months.

It is the latest milestone for the private sector driven initiative, which formally launched in March with the unveiling of its 18-strong steering committee.

The new working groups are drawn from similar institutions, with 80 organisations represented. It follows a call for expressions of interest in the spring.

The Climate Bonds Initiative will be an observer to the first working group, which looks at “mobilising capital to deliver on our sustainability challenges and opportunities”.

Australia’s prudential regulator APRA and the Climate Disclosure Standards Board (CDSB) will observe the work of the second working group, charged with looking at creating a more sustainable financial system.This group includes representatives from ESG research providers MSCI ESG Research and Regnan and the Australian Council of Superannuation Investors (ACSI), the ESG orientated association representing over A$2.2trn in assets.

Talieh Williams, former head of responsible investment at super fund UniSuper, will also be on this group.

The other working groups are:

The ASFI initiative, unlike its European counterparts, has no backing from government. Instead, the process has been overseen by NAB and Australian insurer IAG, with the Responsible Investment Association Australasia (RIAA) acting as secretariat.

“This is another key milestone for ASFI and the fact that ASFI has been able to harness the talent and passions of over 130 individuals and commitment of 80 individual organisations
demonstrates the real desire within the finance sector to lead change that delivers greater social, environmental and economic outcomes for Australians,” said Simon O’Connor, Co-Chair of the Initiative and RIAA CEO..

“We look forward to working together on this important collaborative project over coming months with this incredibly talented and committed group of experts.”