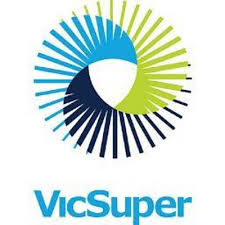 VicSuper, the A$15.3bn (€9.7bn) 240,000-member Australian superannuation fund, is consulting with scheme members on interest in a product that specifically addresses climate change by either divesting from fossil fuel and carbon intensive companies or by favouring companies that are actively working to reduce climate change.

Speaking to Responsible Investor, Kirsten Simpson, VicSuper’s Corporate Responsibility Manager, said it had seen a rising number of members in contact with concerns about climate change. “In response, during the year we developed a survey with membership. It’s quite a complicated ask: where you draw the line on divestment? Further, if you divest it could lead to more risk.

“We are testing the appetite for the business case and seeing where the line sits. Is it pure play coal or right through to mining companies? The survey results will give us information on member tolerance on where they do and don’t want their money invested.”

She said after COP21 in Paris this year, Vic Super would speak to members about its work on product modeling structures and potential returns.

It was also the first Australian fund to measure the carbon intensity of its equities portfolio, starting in 2007, and is a member of the Investor Group on Climate Change and a signatory to the Montreal Pledge.

The news comes as VicSuper releases its second ever Integrated Report for its members, using the GRI G4 guidelines and Integrated Reporting Principles.
Simpson said: “Providing our members and stakeholders with a holistic picture of our economic, social and environmental performance is part of being a responsible corporate citizen. Use of international reporting frameworks, together with independent audit of the report itself, demonstrates our commitment to industry best practice reporting.”

VicSuper is part of the Integrated Reporting Pension Fund network that is creating a framework to support pension funds using ‘IR’ for their stakeholders. Simpson said the most recent meeting included 25 funds, and that an international conference is being planned.

Elsewhere, Australian research provider CAER has announced that its subsidiary Corporate Monitor has launched a website rating the ESG credentials of over 300 Australian and NZ companies.