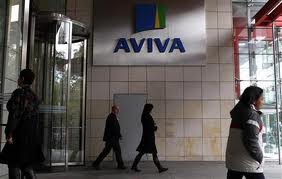 Aviva plc, the UK-based insurance, pensions and asset management giant, has drawn up a list of 40 carbon intensive companies which it will engage over the next year and which it will divest if they do not make enough progress to aid the transition to a lower carbon future.

It has also emerged that it will target an annual investment of £500m (€706.8m) in low-carbon infrastructure over the next five years.

“We will divest highly carbon-intensive fossil fuel companies where we consider they are not making sufficient progress towards engagement goals set,” Aviva says – adding any divestment decision would “not be taken lightly”.

“We have identified an initial set of 40 companies where Aviva has beneficial holdings and which have more than 30% of their business (by revenue) associated with thermal coal mining or coal power generation,” the firm says in a new document setting out its strategic response to climate change.

The companies, which aren’t named, will form the basis of “well-resourced” engagement over the next 12 months. The engagement process will be reviewed on an annual basis.

“Where we consider companies are not making sufficient progress towards the engagement goals, we will withdraw our capital,” Aviva says.The potential divestment is one of five ‘carbon pillars’ Aviva has identified in the report, which was presented at its headquarters in London today at an event attended by Amber Rudd the UK’s Secretary of State for Energy and Climate Change.

“We will withdraw our capital”

“There is no greater collective risk we face today than tackling climate change,” states Aviva’s Group CEO Mark Wilson in the foreword to the report. The company commissioned the Economist Intelligence Unit, which produced a 60-page analysis called ‘The Cost of Inaction: Recognising the Value at Risk from Climate Change.’

Wilson said the ‘stark conclusion’ was that an estimated $13.8trn of global assets are at risk global temperatures rise by an average of 6°C.