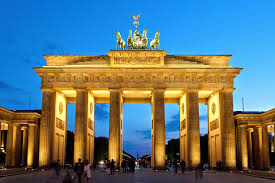 In a first for Germany, one of the country’s so-called Versorgungswerke pension funds for free trades like physicians, dentists and lawyers has been confronted by a demand by its own members to divest from fossil fuels.

The Versorgungswerk in question is the Berliner Ärtzeversorgung (BAEV), a Berlin-based fund that has around €7bn in assets and 27,000 members. One of its members, a retired psychiatrist named Dieter Lehmkuhl, has written to the BAEV to urge divestment of fossil fuels for health and financial reasons.

The letter was ultimately signed by 97 BAEV members and sent to the scheme in April. Now a summary of the letter has surfaced in a blog post. In it, Lehmkuhl notes that the damage to human health caused by the burning of fossil fuels has been well documented. “The consequences of burning coal alone leads to the premature deaths of around a million people, and climate change generally is the biggest health risk of the 21st century,” he says.

Lehmkuhl also invokes the stranded assets scenario in arguing that the BAEV’s continued exposure to fossil fuels is a financial risk. “Should global temperature rise be limited to two degrees Celsius (by 2100), between 60 and 80% of coal, gas and oil reserves will have to be left in the ground. That’s a financial risk that affects our pension fund,” he says. Lehmkuhl has been assisted by Eckhard Schreiber-Weber, a general practitioner whosigned the letter and who has links to the Berlin Medical Association, which oversees the BAEV. The BAEV has yet to answer the April letter.

Contacted by Responsible Investor, the BAEV declined to comment specifically on the letter or on its fossil fuel holdings. But it did say that as it took ESG (environmental, social and governance) factors into account, it currently was debating what to do about fossil fuels. Lehmkuhl also said in the blog post that it was his understanding that the physicians’ scheme had divested from coal. This was not confirmed by the BAEV.

BAEV’s last published results reflect that at the end of 2013, its had €6.6bn in assets. The scheme’s return for the year was 4.1%, down from 5.1% in 2012. Regarding the asset allocation, BAEV said 86% in unspecified investments funds – which typically include bond, equity and balanced funds. Another 13% was held directly in fixed income and 0.6% in unlisted equity and property.

In related news, the Canadian Medical Association (CMA) announced it would divest its fossil fuel holdings, which represent 6.2% of its C$29m (€19.4m) in assets. The CMA cited the health risks associated with the fuels as the reason for the move. But the Globe and Mail reported that the move would not affect the C$40bn in retirement money that MD Financial Management, a CMA-owned asset manager, looks after for physicians and their family members.