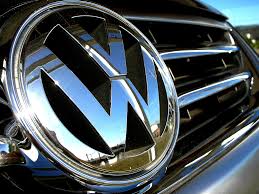 German financial regulator BaFin says that by late June, it will rule on whether Volkswagen delayed disclosing its emissions scam to investors – an issue that serves as the basis for the multi-billion euro lawsuits filed against the automaker.

Shortly after VW admitted to cheating on US emissions tests late last September, BaFin launched a probe to see if the disclosure, via a regulatory filing statement, came soon enough. If it did not, this would be violation of German securities laws – and vindicate the lawsuits VW faces from investors over the scandal.

The automaker would also be fined by the BaFin. Asked about the probe at the regulator’s annual news conference, Chief Markets Supervisor Elisabeth Roegele said: “We’ve made good progress on the VW case and expect to rule on the matter by the end of June.”

There are currently three major lawsuits against VW backed by hundreds of institutional investors, including US pension giants CalPERS and CalSTRS. All of them allege that VW was obliged to disclose the emissions cheating as soon as it was known internally and not, as the automaker says, once its full board and management were made aware of it – that is in September 2015.

VW has admitted that ex-Chief Executive Martin Winterkorn was told of the emissions issue in May 2014 via a memo.But it adds that it cannot verify whether Winterkorn read the memo or say how seriously he took it.

VW therefore argues that the issue was not important – or in the industry jargon ‘material’ – enough to be disclosed to investors before September 2015. This claim is refuted by lawyers for the investors, which is why the BaFin’s ruling on the filing is so crucial.

It comes as a new research report from investment bank Beremberg claims VW’s shares could surge over the next year. Although acknowledging that “many investors have viewed VW shares as too volatile with too many unknowns”, the Hamburg-based firm has raised its one-year price target for VW from €160 to €210.

At the BaFin news conference, Roegele also said the results of a separate investigation aimed at uncovering evidence of “benchmark hugging” among asset managers in Germany would be made public by the end of this year. The BaFin began the probe in February following a study by the European Securities and Markets Authority (ESMA). ESMA found that between 5 and 15% of EU-registered funds could potentially be closet indexers.

Benchmark hugging refers to a practice where an asset manager charges fees for active management – and indeed the promise of above-market returns – yet in practice provides beta, or market returns.