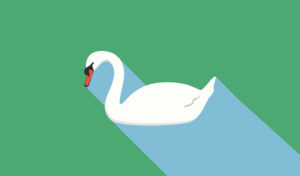 A new book jointly released by the Bank for International Settlements (BIS) and Banque de France says a new global financial crisis may be sparked by climate change, and that such an event “would render central banks and financial supervisors powerless”.

The book, entitled The green swan, borrows from the “black swan” concept of an unexpected and wide-ranging event such as the 2008 global financial crisis or the dot-com bubble of 2001.

“Green swan” events described in the book reflect climate-related physical and transition risks that are potentially systemic and not reflected in backward-looking data, characterising deep uncertainty.

The book says such “green swan events” may force central banks to intervene as “climate rescuers as of last resort” and buy large sets of devalued assets, “to save the financial system once more”.

But, it also says a position of “climate rescuers of last resort” may become untenable given that “there is little that monetary and financial flows can do against the irreversible impacts of climate change”.

“In other words, a new global financial crisis triggered by climate change would render central banks and financial supervisors powerless,” the book warns.

He says climate change needs to be integrated in all economic and forecasting models. And he says: “second, we need, instead of opening a somewhat emotional debate on the merits of a green quantitative easing, which faces limitations, to do an overhaul of our collateral assessment framework to reflect climate-related risks.”

The Banque de France has taken a leadership role in the climate change crisis, managing the work of central bank group the Network for Greening the Financial System (NGFS).

The Bank of International Settlement has been collaborating with central banks on climate-related issues such as climate stress testing and investing surplus FX reserves in green bonds.

In September 2019, it launched a green bond fund to facilitate central banks’ investment in the product.