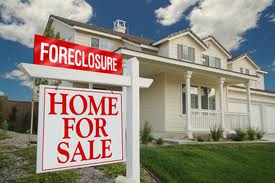 Bank of America is seeking approval to omit a proposal from the New York City Pension Funds calling for an independent review of mortgage foreclosure practices from the agenda of its forthcoming annual meeting.

The banking giant has asked the Securities and Exchange Commission for confirmation that it won’t take action if it omits the funds’ motion from its 2012 proxy statement.
New York City Comptroller John Liu, on behalf of the five city funds – which have combined assets of $115bn (€90bn) – tabled the proposal in November, according to correspondence.
Other investors, such as the Illinois State Board of Investment, the UAW Retiree Medical Benefits Trust, the AFL–CIO Reserve Fund, SEIU Master Trust and Rockefeller Financial, have emerged as co-filers of the proposal, which calls on the bank’s board to conduct an independent review of its internal controls related to residential mortgage loan “modifications, foreclosures and securitizations”.It calls for a report to shareholders by September 30. “We would be happy to discuss the proposal with you,” said Michael Garland, Executive Director for Corporate Governance in the Comptroller’s Office, in a letter to Bank of America Corporate Secretary Lauren Mogensen. He added the funds would withdraw the proposal if the bank’s board endorsed its provision as corporate policy.

“We believe an independent review is necessary to reassure shareholders that the company’s mortgage-related compliance controls are robust,” the NY funds say in their supporting statement.

“An independent review is necessary”

Law firm K&L Gates, acting for the North Carolina-based bank, has written to the SEC saying the proposal duplicates an earlier proposal from the Board of Pensions of the Presbyterian Church – which it says will be included in the proxy. A key difference is that the Presbyterians’ proposal does not request an independent report. The meeting is scheduled for May.