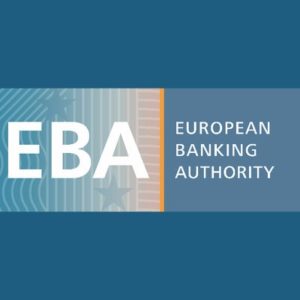 EU banks are likely to be granted a degree of flexibility when reporting the overall alignment of their lending book to the bloc’s green taxonomy.

Banks will be required to disclose two key alignment metrics from 2024. The first is known as the Green Asset Ratio (GAR) and captures loans made to large European companies, based on capex and revenues associated with green activities. The second metric, the Banking Book Taxonomy Alignment Ratio (BTAR), is an assessment of the taxonomy-alignment of a bank’s broader balance sheet.

Reporting GAR will primarily be a box-ticking exercise, since large EU companies are required by law to disclose taxonomy-alignment, but the BTAR has proven controversial due to anticipated data shortages on global and SME clients.

The two alignment metrics were unveiled in January by the European Banking Authority (EBA). According to the body, which makes up one-third of the EU’s financial regulatory trinity, the inclusion of BTAR is to incentivise banks to support the green transition of their entire client base and increase the accuracy of how institutions report climate-related exposures.

The EBA has now agreed to the EC’s changes but defended its earlier proposal in an opinion issued on Monday.

“The EBA acknowledges the importance to introduce further proportionality in the cases of reduced availability of data. At the same time, the EBA also notes that institutions should make every effort to collect the information that is relevant for them and for the management of their risks, including sustainability information.

“While favouring the original wording as submitted to the European Commission, the EBA understands and accepts the amendments proposed in this point on the basis of enhanced proportionality.”

The EBA also warned the Commission about the danger of ignoring climate-related risks posed to banks by SMES and non-EU firms, which would not be captured by GAR reporting.

Sources indicate that the EC has begun the process of adopting the standards and will do so by end-December. There will then be a four-month period where the EU parliament and member states can raise objections. EU banks are expected to start reporting the GAR and BTAR from June 2024, based on 2023 information.

The UNEP FI has developed a practical guide on how to report against both metrics, in partnership with European banking lobby the European Banking Federation.