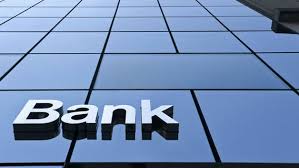 A new group of influential senior bank executives, institutional investors and banking experts have come together to start a national debate on how to reform the UK banking system.

The BankingFutures Group includes figures from high-profile financial institutions such as UBS, Barclays, Schroders, Virgin Money and Barclays, who have been convened by Leaders’ Quest, a social enterprise that consults with leaders, and not-for-profit think tank Meteos.

In a statement introducing the Group, co-directors Sophia Tickell and Anne Wade, say: “The absence of the perspective of experienced bankers in attempts to restore a safe and stable financial system could have unintended and potentially damaging consequences.”

Tickell, co-founder at Meteos and the founder of the PharmaFutures investor-led drugs industry dialogue, has a variety of roles, including external advisor to the Corporate Responsibility Committee at GSK, a member of Aviva’s SRI Advisory Committee and advisor to Alliance Trust’s Sustainable Future Funds.

The new banking group has released a discussion paper entitled ‘An Invitation to Rebuild a Healthy Banking Sector for the UK’ that explores reforms to the UK banking system.

The group says it supports the objectives of banks taking take less risk, and sharing more value with society; and invites discussion on both aspects.

But, it also raises concerns about the changing profile of the UK banking sector to a more regulated, domestic industry.

Further, it expresses concerns that reforms designed to improve conduct and address incentives are putting off qualified people from senior leadership roles in banks, particularly non-executive directors.Also, the group has concerns that some reforms may prevent shareholders from getting enough information to understand the capital position of banks.

The Group notes that some stakeholders are supportive of the reforms described above and say the points of divergence are worthy of discussion.

It has formulated a four-point plan, which it says would ideally be spearheaded by Treasury-led government policy: a programme of public engagement to define risk appetite and value distribution; steps to simplify and reform remuneration; the creation of a Cross-Banks Ethics Group; and the introduction of cultural performance metrics.

The group is holding a series of roundtable discussions up to October and plans a public report before the end of the year. Link