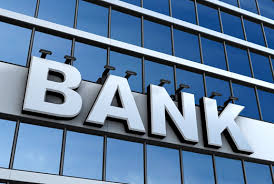 The European Commission’s High-Level Expert Group (HLEG) on Sustainable Finance has come under scrutiny for a lack of banking representatives from a body representing the chairs and CEOs of Europe’s largest banks and insurers.

The HLEG was formed in October last year, tasked with developing a pan-European road-map for sustainable finance. The HLEG, whose membership comprises senior figures from investors like Aviva, Mirova, APG Asset management and bodies such as the 2° Investment Initiative, the London Stock Exchange Group, Novethic and the Climate Bonds Initiative, revealed its priorities in March.

Now, the European Financial Services Round Table (EFR) has written to the chair of the HLEG, AXA’s Christian Thimann, to welcome the initiative and give its views on how to develop the market across the EU.

However, the EFR – which is chaired by Deutsche Bank Chairman Paul Achleitner – also highlights the fact no-one from Europe’s largest banks sits on the group:

“It is vital that the European Commission and the Expert Group consult all players in the financial markets,” says the EFR. “Although representatives from the insurance sector are well represented, we note that this group does not have any representatives from the region’s largest banks. Accordingly, we encourage the group to seek also direct advice from these players who are key in funding the European economy.”

Timmermans said a meeting with the Expert Group would happen this week and while it was likely too late to have a major banking representative on the Group, the EFR really wanted to be active with its work.

On the SDG funding gap, the EFR says there is no centralized resource allowing private investors to find opportunities on where to deploy capital and there is a lack of clarity on where the most pressing SDG funding needs lie.

The EFR also says guidelines for the EU Non-Financial Reporting Directive should be urgently published and they should align with recommendations from the Financial Stability Board Task Force on Climate-Related Financial Disclosures.

Members of the EFR are the CEOs and Chairman of Europe’s major banks and insurers, including those outside the European Union, such as Ana Botin (Banco Santander) and Urs Rohner (Credit Suisse).