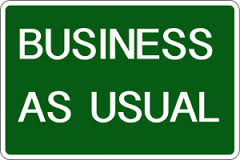 Campaign groups Banktrack, Rainforest Action Network, Sierra Club and Oil Change have joined forces for the 7th annual ‘report cards’ study looking at the fossil fuel financing activities of 25 major banks in Europe and North America over the past three years. For the first time, the authors have extended the assessment to cover sectors beyond coal, including ‘extreme’ oil (tar sands, Arctic oil and ultra-deep drilling) and LNG export.
The authors graded each bank on a scale from A+ to F for their performance in each category. The highest grade awarded was a B-, which was given to a number of banks in the coal mining and coal power categories.
“Leading financial institutions have continued business-as-usual investment in fossil fuels”, says the report, claiming that the 25 banks analysed had invested a combined total nearly $800 billion into coal mining, coal-fired power producers, the extreme oil sector and LNG export.
“None of these banks can claim to support the Paris Agreement, to be aligned with a 2 degree scenario, or to be fighting climate change – as we too often read in their sustainability reports – if they continue to finance these destructive sectors,” explains Yann Louvel, BankTrack’s climate and energy coordinator.
“We continue to see banks signing up to voluntary commitments like the Paris Pledge for Action, strongly stating their support for the implementation of the Paris Agreement. But in reality they continue to finance sectors and projects that are completely incompatible with that transition,” he told Responsible Investor.JPMorgan Chase, Bank of America, Citigroup, Deutsche Bank, Morgan Stanley, and BNP Paribas appear in the top 10 banks within each fossil-fuel sub sector included in the analysis.
Citigroup and Bank of America are named “the Western World’s coal banks”, based on financing patterns over the past three years, while JPMorgan Chase, Barclays and Bank of America are called “the bankers of extreme oil and gas”. Royal Bank of Canada is identified as the biggest banker of tar sands.
In addition to the financing of fossil-fuel projects and firms, the report looks at the human rights performance of these investments. It measures them against the UN Guiding Principles on Business and Human Rights, concluding “banks continue to fall woefully short on human rights policies”, awarding all banks either a D+ or a D-, except for BPCE/Natixis, which was awarded an F.
“Investors in these banks still rely mostly on CSR ratings from external ratings agencies, and those ratings often only consider, at best, policy. There is normally very little focus on whether those policies are actually implemented,” says Louvel. “That needs to change quickly, because it’s becoming increasingly clear that these kind of trends are linked to financial risk. And there is currently a very big gap between public commitments and concrete action.”