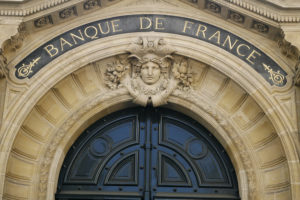 Banque de France, France’s central bank, is introducing a responsible investment (RI) policy for €20bn of assets managed both for its retirement fund and its internal treasury funds as part of a major commitment by the bank to actively practice RI alongside high-level statements on the financial risks of issues like climate change. The assets – managed internally by the bank’s investment professionals – will be covered by a new responsible investment charter based on nine commitments. Approximately €13.5bn of the money is run for the bank’s pension fund, while the rest is internal treasury funds. The bank says it has decided to deepen its analysis and integration of ESG factors into its research and investment strategy. It has been using ESG factors in its own internal company valuation process for a number of years. The bank said: “Experience and academic research show that that these factors can have an impact on the risk and performance of investments.” The bank said it was allying its CSR strategy with its fiduciary duty as a long-term investor and its regulatory mission to contribute to financial stability, within which it says environmental risks are a significant danger. Outlining the nine new commitments in its RI charter the bank recognised that it would also be publishing so-called extra financial information as part of its commitment to France’s Article 173, introduced in 2016, a major comply-or-explain green finance mechanism that requires investors to report on how they integrate ESG into their investment processes, outline the greenhouse gas (GHG) emissions of their investments and explain how their assets contribute to the financing of a low carbon economy. Notably, one of the commitments is to deepen its analysis and use of impact indicators in order to progressively align its investment portfolios with the 2 degrees warming target of the Paris COP21 agreement.More broadly, the bank said it supported the UN Sustainable Development Goals and the UN Global Compact and had adopted four major principles to guide its overall sustainability strategy.
The first is respect for the Universal Declaration of Human Rights, which means excluding companies that don’t respect the Conventions of Ottawa and Oslo on the stocking, commercialisation and transportation of anti-personnel and cluster bombs. The second is respect for national regulations in terms of the fight against terrorism. The third is respect for the principles of the International Labour Organisation such as freedom of association, rights to collective bargaining, elimination of forced and child labour, and respect for anti-discriminatory rules. The fourth is action in favour of promoting green business and the energy transition. The bank said it does not invest in coal companies or energy companies where more than 20% of the business is linked to thermal coal. Finally, the bank excludes investment in speculative instruments for agricultural commodities. The bank said it would report annually on progress in its nine new ESG commitments.
Separately, the Sustainable Development Standing Committee and the Economic and Financial Standing Committee of the French Insurance Federation have created a common working group to assess how ESG and climate criteria are taken into account in French insurer’s investment strategies. It said a related study showed most had implemented a responsible investment policy, which were already impacting the investment decisions for 60 % of them. The Federation recently announced its support for The EU Action Plan on Sustainable Finance: Link