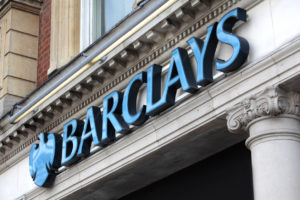 Barclays has announced its “ambition” to be a ‘net zero’ bank by 2050, in a controversial move which is being described as “highly unusual” by some experts.

The UK banking group’s announcement comes on the back of a climate resolution filed earlier this year by campaign group ShareAction and others. The resolution calls on Barclays to set targets around how it will cease financing fossil fuel firms that are not aligned with the Paris climate goals.

That proposal is backed by an international group of 11 institutional investors, including UK pension pools Brunel and LGPS Central, and Swedish insurer Folksam. Europe’s largest asset manager, Amundi, and one of Barclays’ largest shareholders, Jupiter Asset Management (which owns around 1.15% of the bank’s stock),have also publicly thrown their weight behind it in recent weeks.

"By proposing an ‘ambition’ rather than a commitment, Barclays is asking permission to fall short of its own obligations. This ‘ambition’ represents no milestone or achievement. It is a rehash of an existing position timed, we fear, to distract from the co-filers’ resolution" – resolution co-filer Lankelly Chase

In response to such shareholder support, Barclays today announced plans to “set, disclose and implement a strategy, with targets, to transition its provision of financial services across all sectors (starting with, but not limited to, the energy and power sectors) to align with the goals and timelines of the Paris Agreement.”

The bank’s own plan will be put to a shareholder vote at its annual meeting in May, in a move described by ShareAction as “highly unusual”.

But London-based foundation Lankelly Chase, which co-filed on the ShareAction proposal, has criticised Barclays’ decision not to support its climate proposal and instead try to win “plaudits” with its own, less stringent one.

“By proposing an ‘ambition’ rather than a commitment, Barclays is asking permission to fall short of its own obligations. This ‘ambition’ represents no milestone or achievement. It is a rehash of an existing position timed, we fear, to distract from the co-filers’ resolution”, the charity said in a separate statement.

Aligning with the Paris climate agreement is one of the six UN Principles for Responsible Banking, which Barclays has already signed up to.

According to the recent Banking on Climate Change report by the Rainforest Alliance Network (RAN), Barclays is Europe’s largest fossil fuel financier and seventh globally, providing over $100bn to the sector since the Paris agreement was signed.

Today’s move by Barclays means that there will now be two climate proposals on the ballot at its annual meeting (7 May) and ShareAction is calling on shareholders to support both.

“Today’s news from Barclays is a win for investor stewardship in the UK” said Wolfgang Kuhn, Director of Finance Sector Strategies at ShareAction. “Nevertheless, announcing a 30-year ambition is arguably the easy bit. The test is now on investors who are serious about climate change to translate this ambition into a strong fossil fuel phase-out plan by supporting both climate resolutions on May 7th.”

Natasha Landell-Mills, Partner, Head of Stewardship at Sarasin & Partners, a co-filer of ShareAction’s resolution, said that Barclays’ board “deserves to be commended” for what she described as a “powerful” message to both shareholders and other banks.

But Landell-Mills added: “What matters now is that the Board sets robust nearer-term targets that leave no doubt about its determination to deliver net-zero emissions by 2050. Shareholders should underline their support for this by supporting not just Barclays’ resolution, but also the shareholder-initiated resolution at Barclay’s forthcoming AGM.”