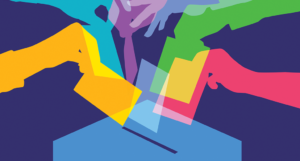 The UN-supported Principles for Responsible Investment (PRI) has suggested that the “benefits of transition plan votes” – often referred to as ‘Say on Climate’ – at companies could be “outweighed” when it comes to driving meaningful change by associated “risks and potential unintended consequences.”

The influential investor body wrote in new guidance published today that the “benefits of transition plan votes as a mechanism to drive comprehensive climate action seem to be outweighed by the risks and potential unintended consequences.”

A “central risk” highlighted is that it such advisory votes can “become an ineffective compliance mechanism if companies put forward plans that do not align with global climate goals”. It added that this is a “significant risk because management proposals almost always obtain majority support from shareholders”.

The PRI wrote that investors “should carefully consider the signals and potential consequences (intended and unintended) of supporting transition plans put forward by management.” Unintended consequences include things such as “companies putting forward unambitious transition plans”; investors rubber-stamping plans that are “unfit”; and a “reduction of investors’ influence in company engagements upon approval of a plan”.

PRI’s Head of Climate Stewardship, Ben Pincombe told RI that the guidance is not intended as a critique of corporate climate plan votes, but rather the body wanted to stress that they “shouldn’t be used as a substitute for more sustained engagement and other proven stewardship tools”.

‘Say on Climate’ votes are the brainchild of Sir Chris Hohn and his UK hedge fund The Children’s Investment Fund (TCI), which launched a namesake initiative in 2020 to push companies to offer shareholders an annual advisory vote on their climate plans. The initiative was launched following TCI’s success in getting such a vote at Spanish airport firm Aena.

In Europe, last year, at least 13 companies put forward a vote on their climate plans, but the level of support for their strategies has given rise to fears that inadequate plans are being approved. Research by proxy solicitation company, Georgeson, for example, found that average support at European firms was around 97%.

Mining giant BHP suffered what RI understands was the most substantial opposition to a ‘Say on Climate’ vote at its London-listed arm in October, but even here just 17% of investors opposed the plan.

In its guidance, the PRI states that investors should ensure any corporate plans they support are “adequate, credible, and aligned with the Paris Agreement goal” and that the underlying framework are “independent, and scientifically robust.”

When asked if this means that any plan which is not science-based should be voted against, the PRI’s Pincombe told RI that “in a nutshell, yes” – although he did highlight the complexities and difficulties in assessing companies transition plans. The PRI’s new guide directs investors to resources on assessing corporate climate plans, such as the investor engagement behemoth Climate Action 100+’s (CA100+) Net Zero Company Benchmark.

Influential proxy advisor Glass Lewis rejected BHP’s transition plan last year because of concerns it had over the miner’s “lack of science-based targets and its Scope 3 emissions reduction initiatives.”  By contrast, its rival ISS gave its “qualified support” to the miner, describing its climate commitments and reporting as “reasonable, given the state of technological innovation”.

Another sign that confidence in ‘Say on Climate’ votes is perhaps waning is that As You Sow, a prolific flier of shareholder proposals and early supporter of the Say on Climate initiative, has said that it will not be asking companies for an advisory vote on climate plans this year in its resolutions, opting to ask for GHG reduction targets instead.

Last year, the US non-profit filed proposals at Union Pacific, Monster Beverage and Booking Holdings, requesting an annual advisory vote on their climate goals and pledged to file many more in the years ahead.

But this year, RI was told by As You Sow’s Say on Climate Initiative Manager, David Shugar that the nonprofit would be asking for emissions reduction targets instead.

Shugar told RI in an email that there were “numerous reasons” why it had decided to ditch calls for advisory votes on climate plans. One reason, he wrote, was that “after speaking with investors, there was concern that shareholders would rubber-stamp bad climate plans”. He also said that a limitation with Say on Climate votes is that it does not communicate to the company why shareholders voted against a plan.

“For example, an investor can vote against a plan because they believe it is too ambitious or not ambitious enough, which are opposite rationales,” he wrote. “To avoid these concerns, As You Sow has been filing resolutions calling for GHG reduction targets and a Net Zero aligned climate transition plans, which gets to the same points as the international Say on Climate initiative, but in a fashion where investors can specifically vote for companies to create 1.5°C climate plans.”

RI reported last April on deep concerns around the ‘Say on Climate’ initiative raised by representatives of US pension fund giants. Both Anne Simpson, then Director for Board Governance & Sustainability at CalPERS, and Micheal Garland, New York City’s Assistant Comptroller and Head of Corporate Governance and Responsible Investment, warned that the new initiative was doomed to repeat the mistakes made by Say on Pay before. Just like on pay, Garland said, climate votes will pass with over 90% support, serving simply to “rubber stamp the status quo”.

Another interesting concern raised in PRI’s guidance is that companies may “campaign against more-targeted shareholder resolutions in favour of their own transition plans”. Last year, European oil major Shell urged shareholders not to support an “unnecessary” resolution from climate activist Follow This, calling for Paris-aligned reduction targets covering all emissions (Scope 1,2 & 3), because of the advisory vote it was offering investors. The Church of England Pension Board, which leads on Shell as part of CA100+, announced at the time that it did not see need to vote for the Follow This proposal given the vote being offered by the company and the progress it had made.

Overall, the PRI states in its guidance that “[g]iven the drawbacks of transition plan votes, investors should consider more effective vehicles to encourage companies to develop and disclose their strategy/actions on how they intend to transition to net-zero GHG emissions by 2050 or sooner.”