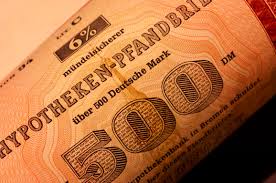 German mortgage bank BerlinHyp plans to issue what is being termed a “green” Pfandbrief, or German covered bond, later this month, according to sources.

Pfandbriefe are bonds, issued by German mortgage banks, that are collateralized by long-term assets.

Banking sources said BerlinHyp hopes to sell €500m worth of the Pfandbriefe and has scheduled roadshows in major western European cities over the next two weeks. They include London, Frankfurt, Zurich, Copenhagen, Oslo, Stockholm and Paris.

In organising the events, BerlinHyp is working with the investment banks Crédit Agricole, DZ Bank, J.P. Morgan, Landesbank Baden-Württemberg (LBBW) and UniCredit. The banks will likely also be the bond’s bookrunners. The coupon, or interest rate, for BerlinHyp’s green Pfandbrief is to be announced at the time of issuance.

BerlinHyp’s Pfandbrief has been rated triple ‘A’ by Moody’s, and the mortgage bank has sought out Oekom Research, the German ESG (environmental, social and governance) rating firm, to assure the bond’s green credentials.Proceeds from the sale will be used to acquire and construct buildings that meet high efficiency standards as well as renovate existing ones to meet such standards. BerlinHyp is the mortgage-lending arm of Landesbank Berlin, which in turn is owned by German Sparkassen (state-owned savings banks). Its results for 2014 were impressive, with new lending having climbed to €5bn and profit before tax totalling €66m.

First issued during the reign of the Prussian King Frederick the Great in 1769, Pfandbriefe have never defaulted. This is why investors consider them as safe as bonds issued by the German government itself. They typically offer a slight spread over German Bunds, though that spread is currently minimal.

Last September, MünchenerHyp, a co-operative mortgage bank based in Munich, raised €300m from investors with its own “ESG Pfandbrief.” Proceeds from that sale were mainly used for new housing in what the bank called “socially disadvantaged areas” of Germany. Some of the money, however, also went to green renovation of existing buildings. MünchenerHyp’s bond was also certified as green by Oekom Research.