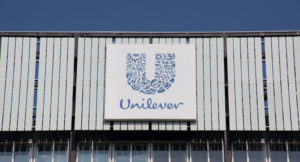 The health impact of food and drink products on consumers has been rising up the agenda of investors in recent years. Last year, for instance, campaign group ShareAction, backed by a coalition of seven institutional investors, including Dutch asset manager Robeco, filed the first ever health-based shareholder proposal at a FTSE 100 company, asking Tesco, the UK’s biggest supermarket, to ramp up disclosure and set targets on healthier product sales amid the growing obesity crisis.

The escalation at Tesco followed a two-year engagement and prompted the supermarket to commit to increasing sales of healthier food and drink products across its business – resulting in ShareAction withdrawing its proposal.

Following the success at Tesco, the London-based non-profit is back again this year with an even larger group of investors but at a target which might surprise some: consumer goods giant Unilever, which this week failed in its bid to buy GSK’s consumer healthcare division.

Concerns about the health impacts of Unilever’s products were raised by ShareAction at its 2021 annual general meeting, but a lack of progress has prompted the filing of a resolution, backed by 11 institutional investors, including Candriam, ACTIAM, CCLA and the Greater Manchester Pension Fund.

The proposal calls on the owner of ice cream maker Ben & Jerry’s to disclose the current proportion of sales linked to healthier products and set targets to “significantly increase” that share by 2030, including reporting annually on progress.

Unilever is often regarded as a darling of the ESG world and was even recently criticised by influential fund manager Terry Smith for being too fixated on sustainability.

The proposal, however, identifies what it believes to be a sustainability “blind spot” when it comes to the health profile of its products, one which poses a “a real financial threat to its business,” according to Ignacio Vazquez, Senior Manager of Healthy Markets at ShareAction, given the “rapid growth of regulation” on the issue.

But based on the Access to Nutrition Initiative’s benchmark, just 17% of Unilever’s food and beverage sales were derived from healthier products last year – a smaller proportion than many of its competitors, including Danone (61%), Nestlé (43%), Kraft Heinz (36%), General Mills (29%) and Kellogg (26%).

A spokesperson for co-filer Candriam told RI that it needs greater “visibility of the company’s progress on its healthier sales, and how the company conducts its due diligence in this area.”

“For years, the company has chosen to put sustainability at the heart of its strategy, which we commend. But with such scale and reputation, and the increase of regulation, we need to more transparency across operations and discourage companies opting for custom definitions and metrics on health-related products,” she said.

Unilever told RI that it welcomes the “constructive dialogue” with ShareAction and shares “their belief in the importance of having a long-term strategy for nutrition and health, and publishing targets.” The company pointed to the company’s Future Foods strategy, which sets out its commitment to reduce sugar, salt and calories, adding that this year it will update its World Health Organisation-aligned Highest Nutrition Standards model.

US giants too have faced increased scrutiny over the impact of their products. Last year, a proposal was filed at Coca-Cola asking the beverage maker to produce an independent report on the risks – financial and reputational – resulting from the “changing scientific understanding of the role of sugar in disease causation”. It was supported by just 9.4% of shareholders.

A similar proposal has been filed again this year at Coca-Cola asking it to report on the external public health costs created by its products and how they might impact diversified shareholders, whose financial goals depend on the overall market returns rather than the performance of individual firms.

Yesterday, a majority of investors in Costco supported the proposal calling on the US retail giant to set science-based targets to reduce its greenhouse gas emissions. It is the first time a resolution has gone to the vote at a US company which directly requests that the setting of emission reduction targets covering the full value chain (Scope 1,2 &3) and that are consistent with achieving Net Zero by 2050 at the latest.

Until recently companies have been able to dodge such proposals using the US Securities and Exchange Commission’s (SEC) ‘no action’ process, the mechanism by which they can petition the power regulator for permission to exclude shareholder resolutions.

But under President Biden the SEC is a very different proposition. In November, the regulator issued new guidance on rules – ‘Ordinary Business’ (Rule 14a-8(i)(7)) and Substantial Implementation (Rule 14a-8(i)(10) – most used by corporates to rebuff climate and ESG-focused resolutions.

Almost immediately following publication by the SEC, Costco abandoned its attempts to exclude the proposal.

Among the supporters of the proposal at Costco were Californian pension giant CalPERS and Norges Bank Investment Management, the manager of Norway’s trillion-dollar sovereign wealth fund.

“With this vote, investors are demonstrating that they expect Costco to align with its peers by accelerating work to reduce the climate impact of its supply chains and raising the level of ambition of its emissions reduction goals,” said Leslie Samuelrich, President at Green Century, the US asset manager behind the proposal.

The SEC has rejected Walt Disney’s bid to exclude a shareholder proposal calling on the US entertainment giant to report on the existence of race or gender-based pay gaps between employees at the company. The regulator rejected the company’s argument that the proposal, filed by US activist investor Arjuna Capital, breaches the ‘Ordinary Business’ rule. Disney had attempted to argue that the proposal would interfere with an ongoing lawsuit it is involved in with former and current employees on the issue, but the SEC’s Division of Corporation Finance wrote that the proposal “does not deal with the Company’s litigation strategy or the conduct of litigation to which the Company is a party.”

This week New York State Common Retirement Fund announced that it has filed proposals calling for independent racial equity audits at five US firms – including re-filing at Amazon following the impressive 44% support for the proposal the $267bn public fund filed last year at the online giant.

The filings at fast-food chain Chipotle, online dating site Match and US retailers Dollar Tree and Dollar General add to those already filed by other shareholders this year at tech giants Apple and Alphabet, oil major Chevron and telecoms firm Verizon.

“After George Floyd’s murder, and as the American public cried out over the killings of other Black men and women, corporations pledged to fight against racial injustice. Many companies have taken steps to back their promises, but many have not,” said New York State Comptroller, Thomas DiNapoli, who serves as the sole trustee of the pension fund. “Our state’s pension fund is committed to ensuring the companies we invest in address racial equity,” he added.

US energy giant Dominion is being pushed by the Office of the New York City Comptroller, Brad Lander, who oversees the City’s five pension funds, to explain how its capital expenditure aligns with its short-, medium- and long-term emissions reduction goals.

Dominion, which is a target company of investor engagement initiative Climate Action 100+ (CA100+), has petitioned the SEC to allow it to omit the proposal, arguing that it both seeks to micromanage and that that the company has already substantially implemented the asks in existing reports and disclosures.

According to the CA100+ benchmark – published last year – Dominion has only partially met the initiative’s requirements on target setting and has not met the criteria on capital allocation alignment. An updated CA100+ benchmark will be published in March.

New York City wrote in the proposal that investors are concerned that the company’s “near-term capital investments in long-lived natural gas assets are not aligned with its net zero goal or with the Paris Agreement’s goal — to hold global warming to “well below” 2°C above preindustrial levels — potentially resulting in stranded assets”.

US defence contractor Northrop Grumman Corporation is seeking to exclude a proposal asking for it to report on the human rights impacts of its business, including those in conflict-affected areas, by citing new re-filing thresholds for shareholder proposals introduced at the SEC under President Trump.

Last year, the proposal, filed by the same US faith-based investors as this time, was supported by 22% of shareholders.

But in its ‘no action’ request Northrop, which boasts on its website that is it “one of Saudi Arabia's largest defense industry partners,” argued that the proposal may be excluded because under Trump-era rules, which come into effect this year, proposals in their third outing within five years must achieve 25% or more. A lawsuit against the SEC seeking to repeal the rule this ongoing.

According to ShareAction’s recent Voting Matters 2021 report, investment giants BlackRock, Fidelity, JP Morgan AM, State Street and Vanguard were among nine of the world’s biggest asset managers not to support the proposal at Northrup last year on the basis that there was sufficient disclosure already.