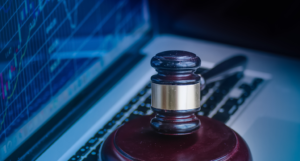 Less than 10% of shareholders supported Aussie super fund HESTA’s proposal at Hormel Foods calling on the US food giant to report on how its current business practices around antibiotics threaten the returns of diversified owners.

Hormel Foods, which is 47% owned by its foundation, The Hormel Foods Foundation, opposed the resolution, arguing that it is unnecessary given its “robust antibiotic stewardship.”

But despite the low tally, the proposal was supported by some big investors, including Californian pension giant CalPERS and APG, the manager of the €530bn Dutch civil service pension fund, ABP – both investors are in Hormel Foods’ top 20 shareholders. Dutch investor PGGM also supported the proposal.

The manager of Norway’s trillion-dollar sovereign wealth fund, NBIM, however, voted against it as did CalPERS’ sister fund CalSTRS and the Office of the New York City Comptroller, which oversees the City’s five public pension funds.

Support for the resolution was also likely dented by the fact that neither of the big US proxy advisors – ISS or Glass Lewis – backed it. In its benchmark advice ISS recommended a vote against the resolution as the company already “reports on its policies and efforts to reduce antibiotic use in its supply chain”. The influential proxy advisor added that a “commissioned study on the environmental and public health costs associated with the use of antibiotics would be better undertaken by regulators and the scientific community.”

HESTA’s General Manager Responsible Investment, Kim Farrant, told RI that “investors should not leave responsible stewardship of capital up to the regulators given the significant financial risk antimicrobial resistance presents for our members’ investments.” She quoted the World Bank, which found that AMR may decrease global GDP by up to 4% ($54trn) by 2050.

This proxy season is the first time HESTA has filed shareholder resolutions in the US and the proposal at Hormel Foods is one of two the A$64bn (€40bn) health and social care workers’ pension fund filed on risks posed to diversified portfolios from companies’ business practices. The other is at Meta – formerly Facebook – and asks the social media giant to report on the impacts of its handling of misinformation on its platforms. Meta is currently seeking to avoid the proposal via the US Securities and Exchange Commission’s (SEC) ‘no action’ process, the mechanism whereby companies petition the powerful regulator for permission to exclude a request from a shareholder from going to the vote.

Both of HESTA’s proposals were filed with the support of US non-profit, The Shareholder Commons, a prolific filer of resolutions since it launched in 2019.

“As a long-term institutional investor, we must put systemic issues, like the trade-off between public health and company profits, on the agenda so that Boards and management consider the broader impacts on the economy and health system where many of our members work,” Farrant said.

Proposals asking US credit rating giants Moody’s and S&P to report on the “feasibility” of increasing their assessment of issuers beyond five years to better capture climate risks have been withdrawn by the filers.

Both proposals, which were the first of their kind to be put to the rating firms, were filed by corporate governance specialist James McRitchie in partnership with campaign group SumofUS.

They argued that the “short time scales” used by the credit ratings agencies mean that climate risks are being potentially overlooked. To illustrate this, both proposals highlighted that the credit rating agencies only downgraded Pacific Gas & Electric Company (PG&E) after the 2019 Californian wildfires led to it filing for bankruptcy.

Moody’s and S&P had sought to exclude the proposals from going to the vote via the SEC’s ‘no action’ process. Both argued that the resolutions should be excluded because they have substantially implemented it and because fulfilling the proposal would also violate the securities law in the US.

The filers have not commented on the reason the proposals were withdrawn at the time of writing.

Online retail behemoth Amazon is seeking to exclude 11 shareholder proposals this year via the SEC’s ‘no action’ process, including one calling for disclosure of how its lobbying aligns with the Paris Climate Agreement and a new one filed by US nonprofit As You Sow on how its 401k pension plan marries up with its own climate goals.

Amazon, however, is not seeking to exclude a proposal filed again this year by New York State Common Retirement Fund calling on it to undertake an independent racial equity audit – the resolution is one of five on the issue the $267bn public pension fund has filed this proxy season in the US.

Amazon is also not opposing a proposal asking it to report on racial and gender-based pay disparities using a median pay gaps analysis, which, according to filer Arjuna Capital, addresses “structural bias women and minorities face regarding job opportunity and pay”. Last year, the same proposal, also filed by the US activist investor, was supported by around 25% of shareholders.

Huge support for climate targets proposal at Costco – a sign of things to come?

The final tally on the climate proposal at Costco is in: An impressive 70% of shareholders threw their weight behind the call for the US retail giant to set emission reduction targets covering its full value chain (Scope 1,2 &3) and which are consistent with achieving Net Zero by 2050.

It is the first time a resolution calling for science-based emission targets has been put to vote at a US company. Similar proposals filed by Dutch activist Follow This look set to go to the vote this year at Exxon, ConocoPhillips and Phillips66.

Until recently companies have been able to dodge such proposals using the SEC’s ‘no action’ process. But new guidance on exclusion rules issued last year by the financial watchdog means that companies will find it much harder to exclude ESG-orientated proposals – particularly those calling for climate goals – using previously tried and tested arguments.

Following the SEC’s guidance in November, Costco immediately withdrew its attempt to exclude the climate target proposal, and – in a significant departure from previous years – Exxon, ConocoPhillips and Phillips66 do not appear to have attempted to avoid the emissions targets proposal filed at them this year.

The stage is now set for big votes on climate targets this year.

Next week sees a proposal on plastic waste go to the vote at Tyson Foods, asking the US meat giant to report on how it can “scale, pace, and rigor of its sustainable packaging efforts.” The proposal, filed by Green Century, identifies the potential reputational, regulatory and business risks associated with its current practices, for example, the fact that its largest customer, Walmart, has set “quantitative goals for addressing their plastic packaging footprints.”