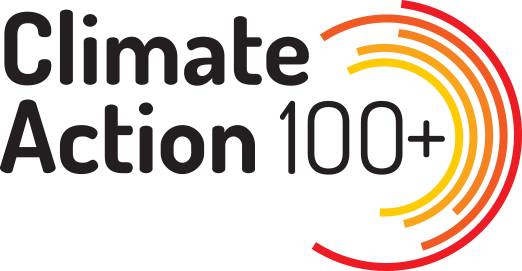 Climate Action 100+ is the largest collaborative engagement initiative in history. In the five years since its foundation it has brought more than 700 investors and $68 trillion in assets under its banner, and counts some of the world’s largest asset managers as its members.

It has seen notable successes across the 166 companies it targets on climate change and, at the end of its initial phase, is preparing itself for a second push to 2030.

Indeed, CA100+ has reached such a scale that it has outgrown its initial boundaries. In a member consultation on phase two this year, the initiative noted that it now has so many members that it isn’t possible for them all to join engagements – the proposed solution is that members be allowed to join regional or sectoral thematic working groups.

The size of the initiative comes as a shock even to its founding members. Stephanie Pfeifer, CEO of the Institutional Investor Group on Climate Change (IIGCC), said she was not expecting it to grow so large.

“We were very, very nervous that we wouldn’t get enough people signing up and now we’ve got 700 or so in,” she tells Responsible Investor. “I can’t believe the scale of it.”

Yet while size gives the initiative leverage, it can also complicate matters. One APAC-based investor says engagements under CA100+ can be “10 times slower” and are thus not always useful. They acknowledge, however, that this is natural for collective engagements and that having multiple voices improves the chance that engagement targets pay attention.

Investor participants of the initiative are broadly supportive both of its goals and its achievements. Adam Matthews, chief responsible investment officer at the Church of England pensions board, which currently leads engagement with four car manufacturers, says CA100+’s “enormous impact” has not been properly recognised.

As evidence of its success, the initiative points to progress made against its three main asks. Just five of the companies covered had set a net-zero target at launch in 2017. Today, three-quarters have a net-zero commitment in place, while 92 percent have some level of board oversight on climate change and 91 percent have aligned with TCFD recommendations.

Pfeifer acknowledges that these improvements are not solely attributable to investor engagement. At the same time, she says: “I just don’t think we would have seen the speed of the change without that commitment and that ambition from the investors [in CA100+].”

She points to specific achievements, such as progress made on lobbying, and also notes the climate leadership shown by focus companies such as Enel. This month, the Italian energy giant became the first company to align its disclosures fully with the expectations set out in CA100+’s benchmark.

Francesco Starace, Enel’s CEO, notes the contribution that “a constructive dialogue between companies and shareholders” can make towards reaching net-zero commitments.

‘More to be done’

Yet while investors and members acknowledge that the initiative has made great strides, the near-universal response to queries from RI has been that more needs to be done.

“You’ve seen a real growth in the understanding of what the transition means, and CA100+ is in a very different place to where it was,” says Matthews. “Now, is that where it needs to be to support us achieving the Paris Agreement? No, not yet. There’s still further to go.”

ShareAction has often been a critical voice in discussions of the initiative. A report in May criticised public stewardship reporting by signatories, while a separate analysis found that CA100+ members were voting against a third of environmental resolutions on average.

Peter Uhlenbruch, director of financial standards at the NGO, says the size of the initiative is an “impressive achievement” and praises the development of the benchmark. But he notes that target emitters “are still far from decarbonising at the pace needed to prevent the worst impacts of climate change”.

US pension giant CalPERS was one of the founding members of CA100+. Going forward, spokesperson for the fund says it will be “focused on getting companies to take real action, beyond just setting targets for decarbonisation efforts”.

Matthews agrees that phase two should focus on implementation. “There needs to be much greater understanding of the dependencies of companies achieving their targets,” he says. “How do you work through value chains, through sectors, through supply chains in terms of enabling companies to achieve that?”

Emine Isciel, head of climate and biodiversity at Norway’s Storebrand, says that in phase two “much more emphasis is needed” on short and medium-term emissions reductions targets aligned with limiting warming to 1.5C and strategies to deliver on them.

Similarly, the unnamed APAC-based investor calls for the next phase to be “much more practical” and says CA100+ should use its power more efficiently.

“I think we need to be much more specific about what we want to see. We should not allow these companies to use excuses, otherwise we won’t be able to achieve carbon neutrality by 2050.”

As a remedy, ShareAction’s Uhlenbruch proposes minimum expectations for how investors will engage with companies, including escalation pathways where progress remains inadequate. “That would significantly boost corporate climate action,” he says.

Storebrand’s Isciel also suggests that the alignment of capex strategies with net-zero transition goals should be a focus in investor engagement with companies going forward.

In its consultation on strategy and reforms for the second phase, CA100+ has attempted to address criticisms of the initiative and flaws in the way it was originally structured, as well as to adapt to the changing circumstances it has found itself in.

A key failure for many has been the lack of transparency, especially around which investors are leading and supporting engagement with each company. While CA100+ does not prohibit disclosure of leads, it is left to individual investors to disclose which companies they are targeting, and these disclosures can be incomplete and out of date.

In response, the consultation – which closed in September – proposed publishing the full list of lead engagers, claiming this would “strengthen CA100+’s transparency and accountability with external stakeholders”.

A senior stewardship figure at one investor which is leading on a number of engagements – which it does not report publicly – said there were pros and cons to the proposal. While disclosure allows leads to be more vocal and transparent about progress in engagements, investors could be “scared away” from taking on the responsibility of the role, they said.

By contrast, Gerrit Dubois, responsible investment specialist at Degroof Petercam AM, which is co-leading on engagement with Heidelberg Cement, says the manager supports calls for disclosure. “We need to be transparent,” he says. “I think this extends to supporting engagers as well.”

He notes that Degroof Petercam – which has had attempts to join other engagements rejected because they were not taking additional members – tries to take an “inclusive approach” in the engagement it co-leads on.

“We allow any investor that wants to join to get involved,” he says. “A lot of investors want to join as ‘leads’ and we’ve recently appointed one. Every call we have with companies is open for other investors to join – we prepare in advance and stick to a list of questions.”

Dubois is also supportive of proposals for thematic working groups, another innovation mooted in the consultation.

At the same time, he is keen to stress that on topics such as offsetting, more input from NGOs and research entities would be needed “for deeper knowledge and credibility”. “It cannot solely be investors talking to each other,” he adds.

He also advocates expanding the initiative’s list of focus companies to allow more investors to engage, noting that “major industries” such as fertiliser are missing.

Other investors have backed reforms to the initiative. The Church of England’s Matthews says that moving from one phase to another should not be automatic. The transition should “be based on a real reflection of what’s been achieved”, and there is a need for stronger leadership from asset owners.

“Asset owners have a particular interest in driving the transition,” says Matthews. “Fund managers are there to help us deliver on our investment strategies and I think on initiatives like this, and in particular engagement, it’s important you’ve got that strong asset owner voice working in tandem with fund managers.”

He calls for higher expectations for leads and supporting investors, a proposal which was made in the phase two member consultation.

CA100+ is also looking to update its net-zero company benchmark in phase two. A public consultation on the topic closed on 11 November.

The Shareholder Commons has called for the benchmark’s lobbying metric to be expanded to cover all influence and require complete disclosure of all spending on political influence, in order to ensure that focus companies are not “supporting Paris alignment in one arena, while supporting politicians or activity that works against a Paris-aligned agenda in another”.

The NGO has also suggested that the benchmark go beyond targets and include “sectoral, time-based actual reduction requirements that apply to peer companies”.

Meanwhile Dubois at Degroof Petercam is calling for expansion of the accounting and capital expenditure metric. “I suggested green bonds or low carbon credit issuance be a factor,” he says. “If a carbon intensive company does not have a green bond framework or a SLB framework in place, for me, it’s strange.”

CA100+ is also facing new challenges in the form of criticism from the other side of the sustainability divide.

The size and success of the initiative have attracted the attention of the anti-ESG movement in the US. Membership was one of the criteria used by Texas officials in compiling a blacklist of financial institutions deemed to be boycotting fossil fuel investments, while the Arizona attorney general has launched an anti-trust investigation into the scheme.

For its part, CA100+ has taken steps to avoid falling foul of acting-in-concert rules. It “flags” shareholder resolutions of interest to its members rather than making voting recommendations, and members are forbidden from claiming to represent the initiative or its members, while still being permitted to note its size in conversations.

“The whole ESG backlash is misguided,” says Pfeifer. “We feel particularly strongly about that. It’s important that we make it clear this is not about divestment, this is about working with companies to take them through the transition to be as successful as possible.”

“We’re working with fiduciaries and they’re looking at what are the best investments they can make over the long term. Engagement and helping companies through that transition, which we know has to happen, is absolutely key.”