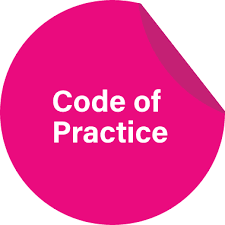 Cliff Prior, chief executive of UK social investor Big Society Capital, will float the idea of creating a code of practice for impact investing at the next meeting of the Global Social Impact Investment Steering Group (GSG) – in part a reaction to a flurry of mainstream investment funds entering the impact investment space over the past year.

The GSG is the successor to the Social Impact Investment Taskforce, established by the G8. It includes 13 countries including the EU and is chaired by impact investment pioneer Sir Ronald Cohen. The GSG is working to increase momentum by promoting a unified view of impact investment.

Speaking to Responsible Investor, Prior said that he would flag up the idea of a code of practice for impact investment at its next meeting in July.

“There is a flurry of investment funds in the US such as Goldman Sachs, TPG, Wellington Investment Management and in the UK like M&G, Barclays. Some know what they are doing, some less so.”

“Could there be something similar on social impact?”

International NGO Oxfam recommended a code in its recent discussion paper Impact Investing: Who Are We Serving? The paper, which argues impact investment currently meets the need of investors, not enterprises on the ground, recommends a shift in approach in the market such as more patient capital and a voluntary code of practice that enshrines intentionality to behave and take decisions in ways that have a primary focus on achieving impact.

Prior, formerly CEO of the UK Foundation for Social Entrepreneurs and mental health charity Rethink, said the mooted code of practice could be based on what an investment was in, or about investment practice, or if an impact fund had appropriate expertise on their board. He added it could set guidelines around collecting credible impact results and publishing them.

“I will flag this up at the next Global Steering Group meeting on Impact Investment as this has to be international,” he said. “We are in the early pioneer stage of impact investment and have the ability to influence on the future. As more people enter the space it will be harder to shift.”

It comes as the latest Annual Impact Investor Survey from the Global Impact Investing Network (GIIN) highlights the entry of large-scale firms into the impact investment world.

The annual survey of committed impact investors such as the Rockefeller Foundation and Generation Investment Management finds last year they reported a total of $114bn in impact investing assets under management.In a letter from GIIN co-founder and CEO Amit Bouri, he says one of the hot topics amongst survey respondents was the entry of large-scale firms into impact investing. He said while respondents feel that they will help professionalize the market and bring credibility and much-needed capital, “they also have concerns that this trend could lead to mission drift or “impact dilution”.

Some 48% of respondents agreed and 23% strongly agreed that there is a risk of ‘impact dilution’. One fund manager said: “The label impact is being used because it is in vogue. ESG and SRI investments are now being repackaged as impact”.

Another hot topic highlighted in the GIIN survey was impact investment in public equities with sixteen percent of survey respondents active in this space.

Broadly the concept of “additionality” is creating a social or environmental outcome that would not have occurred without making a specific impact investment.

Stephen Barnett and Ihsaan Faisal of consultancy Openwell explain: “In order to invest in a company with high financial returns and still provide a genuine impact, the impact investor must provide some added benefit to the company that they would not have received from a socially neutral investor.”

However, George Latham, managing partner at WHEB Asset Management, which does impact investing in public equities, called ‘additionality’ a problematic concept as it was hard to prove that something would not have happened in the absence of a specific intervention under analysis.

“This was precisely the problem with the use of additionality as a concept in the carbon credits programme under the UN’s Clean Development Mechanism during the mid-2000s,” he said. “In some studies, it was demonstrated that the use of additionality as a concept served to facilitate corruption and fraud, with some potent greenhouse gases being produced in large part so that they then could be destroyed in order to claim carbon credits.”

Latham said for impact investors it was more important to have an intention to create positive impact and measure this impact.

WHEB Asset Management recently published a report measuring the impact of its £154m FP WHEB Sustainability Fund invested in public equities. According to its calculations, for every £1m invested in the fund 1,600 tonnes of CO2 was avoided and 140 tonnes of waste material was recycled or recovered.