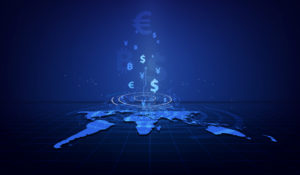 Policymakers from across the globe have unveiled a 10-point plan for governments and the finance sector to ensure they invest in protecting nature rather than destroying it.

Developed by Ecuador, Gabon, the Maldives and the United Kingdom – and initially endorsed by nations including Canada, the EU, France and Colombia – the document was announced at an event held alongside the 77th session of the UN General Assembly and designed to serve as a countdown to COP15.

Set to be held in Montreal in December, the conference hopes to do for biodiversity what COP21 in Paris did for climate by achieving sign-off on the Post-2020 Global Biodiversity Framework – an international agreement on how we can “live in harmony with nature” by 2050.

Originally scheduled to take place in Kunming, China in October 2020, it has been beset with delays due to covid-19.

This week’s plan included a pledge by governments to work together towards a comprehensive package of actions on biodiversity finance from all sources “commensurate with the level of collective and national ambition and commitment”. The initiative stresses the need for contributions from “all countries domestically”, international contributions by developed countries “and other countries and entities that can provide international public finance”, international financial institutions, the private sector and philanthropy, “as well as the essential enabling role of partnerships”.

Backers also said they would align financial systems and their economies with pathways to become climate-neutral, nature-positive, resilient and less polluting.

Ecuadorian president Guillermo Lasso said: “Today more than ever, it is urgent that we provide a new impetus in favour of biodiversity. This shared political vision between our countries marks a path to reduce the global financial gap for biodiversity and defines what we expect from governments, financial institutions, the private sector, philanthropists and civil society, to face the challenge of increasing and mobilising resources for biodiversity.”

He continued: “The increase and mobilisation of new, additional, predictable and timely resources from all sources, in an agile and simplified manner, in particular to developing countries, is essential to fulfil the commitments under the Convention on Biological Diversity and the Post-2020 Global Biodiversity Framework that will be adopted in December at COP15 in Montreal.”

During the event, the German government – which also signed the action plan – announced plans to boost its international biodiversity funding to €1.5 billion per year, an increase of €0.9 billion from its average contribution between 2016-2020.

The cash injection represents the highest international yearly financial commitment by an industrialised country to biodiversity conservation so far.

An “accelerator for action on biodiversity” was also announced by Colombia’s minister of environment and sustainable development.

Also this week, Uruguay published a sustainability-linked bond framework that ties its sovereign bond financing strategy to climate and nature targets established under the Paris Agreement.

The framework describes Uruguay’s sustainable strategic priorities and sets out goals with respect to two KPIs tied to the evolution of the intensity of greenhouse gas emissions as well as the maintenance of forest coverage against a 2012 baseline.

It was jointly prepared by the Ministries of Economy and Finance; the Environment; Industry, Energy and Mining; Agriculture, Livestock and Fisheries; and Foreign Relations. The Inter-American Development Bank and the UN Development Program provided technical assistance and expertise.

According to a government website: “This sovereign sustainability-linked bond (SSLB) framework is meant to be the cornerstone of Uruguay’s entry into the world of sovereign sustainable finance and, more broadly, looks to pioneer an alternative approach for sustainability-linked debt financing. Uruguay seeks to implement a two-way pricing structure, linking the country’s cost of capital to the achievement of its climate and nature-based goals under the Paris Agreement.”

In its second-party opinion, Sustainalytics indicated that the framework is aligned with ICMA’s Sustainability-Linked Bond Principles (SLBP), published in June 2020.

On LinkedIn, Samantha Power, a freelance nature finance specialist at the World Bank, wrote: “Very excited to see Uruguay come out as the first country with a proposal for a sovereign sustainability-linked bond that is tied to a nature conservation/restoration KPI, and involves a step-down if the two KPIs are met. Uruguay is inviting investors to share cost savings that will result from the risk reduction associated with Uruguay transitioning to a more sustainable economy with the country. Looking forward to seeing how the market responds! This could be a game changer.”

The nation’s announcement comes as Aviva, Domini Impact Investments and Storebrand Asset Management sent a letter on behalf of the Finance for Biodiversity Foundation to the Coalition of Finance Ministers for Climate Action.

Among the recommendations, the institutions encouraged the ministers to take concrete steps to protect biodiversity, such as setting disclosure regulations, requiring transformation pathways, integrating nature into regulatory frameworks, supporting central banks and financial supervisors, and creating economic incentives for businesses and the finance sector to incorporate nature into their decision-making.

In related news, investors representing more than $8 trillion in AUM – including Robeco and Aviva Investors – have said they will seek to address the biodiversity impacts of waste mismanagement and nutrient pollution from intensive livestock production via an engagement initiative.

Launched on Wednesday by FAIRR, the group will target 10 intensive pork and chicken producers, including JBS and Tyson Foods.

The investors will ask each company to disclose a full assessment of how manure is managed in their supply chains and what concrete actions they are taking to manage associated risks such as nutrient pollution.