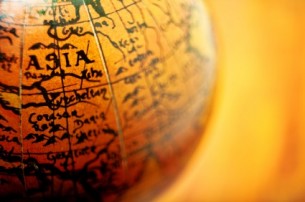 The Asia Investor Group on Climate Change has relaunched this week, with new members including BlackRock, the International Finance Corporation and Cathay Financial Holdings.

The organisation, which was originally launched by the Association for Sustainable and Responsible Investment in Asia (ASrIA), has now gained enough “critical mass” to relaunch at the PRI’s week-long event in Singapore this week, in order to promote discussion and research into climate finance.

Previously considered by many in the market to be a region that lagged behind others when it comes to ESG, Asia has found itself at the centre of debate around climate change and financial markets more recently, with major commitments coming out of China and India over the past 18 months.To mark its re-launch, AIGCC has commissioned a survey into climate change and financial institutions in Asia. The report, conducted by ANZ bank and Asia Research and Engagement, shows that – out of 88 banks, insurers and investors in the region – only 31% “factored climate change risks into their financing operations”.

Five out of the 12 markets in Asia have banking initiatives in place to encourage responsible investment, and banks were found to be “more comfortable” discussing associated opportunities than the risks. For example, 61% discussed green products, while only 28% referred to climate change factors as a “reason to limit financing”.

Just 30% of the investors surveyed have a policy on climate change risk in place. 53% have a corporate governance policy. On the insurance side, less than half (38%) of respondents to the survey said they identified climate change risk and/or provided green products.