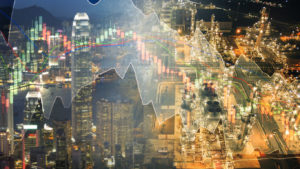 Blackrock and JP Morgan Chase have managed to dodge shareholder proposals on their poor ESG proxy voting records since making sustainability commitments such as signing up to Climate Action 100+, the multi-trillion investor engagement initiative.

In response to the recent moves by the two giants, US SRI firms Boston Trust Walden and Mercy Investments, which have focused on ESG voting this year, have agreed to withdraw the proposals and continue to engage with the companies.

The same resolution will, however, stand at fellow US investment giants Vanguard and T. Rowe Price, though the latter is attempting to exclude it via the US Securities and Exchange Commission’s (SEC) ‘no action’ process.

Neither Vanguard nor T. Rowe Price are currently members of CA100+.

The absence of some of the world’s largest asset managers – which also includes State Street – from the CA100+ initiative has caused frustration among participating investors with some complaining of ‘free riding’.

He added that “the traditional pattern of consistently voting for management is no longer acceptable”.

Optimism on this, however, has been dampened by the latest annual ranking of asset managers’ climate voting published by sustainability advocacy group Ceres yesterday.

The US non-profit revealed a continuing pattern of large asset managers voting down most climate-related proposals.

This trend is referred to in the proposals, which criticise the gap between big investment firms’ public statements on climate and their voting at AGMs.

Blackrock and Vanguard are reported to have supported six out of 52 climate-related proposals in 2019.

The worst performer, according to the proposals, however, was JP Morgan, which supported just two climate proposals in 2019.

But in January, Blackrock’s CEO and Chair, Larry Fink made a slew of new pledges on climate change and sustainability in general in two letters, one to clients and one to companies.

One of those commitments was that from this year it would disclose its votes on a quarterly basis instead of annually and that, on key votes, it would “disclose our vote promptly, along with an explanation of our decision”.

Then, last month, JP Morgan followed up with new sustainability commitments of its own, including “expanding” restrictions around coal mining and power and “prohibiting project financing” for new oil and gas development in the Arctic.

Though JP Morgan, which is reportedly the largest financier of fossil fuels globally, has attempted to exclude a number of climate related proposals from its proxy this year, including one on reducing the greenhouse gas emissions associated with its lending activities and one on its financing of Arctic and Canadian tar sands projects.

Blackrock also unsuccessfully sought to exclude a resolution on the commitments its CEO put his name to in the Business Roundtable’s statement on the purpose of a corporation, which was released in August and appeared to signal a break from the shareholder primacy model.

“Increasingly investors and clients of major investment firms and mutual funds are scrutinizing their proxy voting records on issues like climate change, diversity  and governance and pressing for improvement where they find substandard voting patterns” Boston’s Smith told RI. “Companies like BlackRock and JPMorgan, which recently joined Climate 100+, are expected to step up and support reasonable resolutions seeking climate solutions."