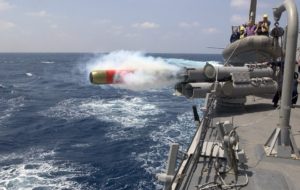 Several key climate-related shareholder proposals at US companies, some led by participants of the Climate Action 100+ initiative (CA100+), would have passed had BlackRock and Vanguard supported them, according to a report by think-tank Climate Majority Project.
Analysis by the group, formerly known as the 50/50 Climate Project, shows BlackRock and Vanguards’ poor climate-related voting record, using a sample of 49 American utilities and oil & gas companies – 18 of which are target companies for CA100+.
The research includes voting on director elections as well as say-on-pay proposals, where BlackRock and Vanguard voted in line with management at an almost 100% rate.
Altogether, 25 of the largest global asset managers were included in the study, of which just nine are part of the CA100+ initiative.
Climate Majority Project highlighted that had BlackRock and Vanguard “not torpedoed” peers’ investor efforts, at least 16 climate-critical shareholder resolutions at S&P500 companies would have passed in 2019.
Climate Majority Project stated: “Will BlackRock own up to the contradictions in CEO Larry Fink’s public statements and its own voting record?”
Climate Majority Project took Exxon’s independent chair proposal vote as a case study. The confrontation between Exxon and CA100+ lead engagers was a main highlight of the 2019 AGM season.
Exxon managed to exclude from the ballot a climate risk disclosure shareholder proposal led by the Church Commissioners for England and the New York State Common Retirement Fund.
In response, the two CA100+ lead engagers called on peers to vote for the proposal requesting the separation of the roles of CEO and chair, as well as to vote against the board.BlackRock, Vanguard, Fidelity, JP Morgan, and Goldman Sachs voted against the independent chair proposal. None are part of CA100+. However, Northern Trust – which is not only a supporter, but a participant in the initiative – voted against.
Fidelity, Capital Group, Invesco and Vanguard supported the entire board, while BlackRock voted against one director (ex PepsiCo CEO Steven Reinemund) but did not report the motivation behind its decision.

Climate Majority Project rebuffed BlackRock’s argument that it prefers to engage bilaterally with companies, and dubbed it ‘greenwashing engagement’

Climate Majority Project also analysed the potential reasons why BlackRock, Vanguard and other large asset managers voted for management and did “not support accountability on climate change”, highlighting the potential conflict of interest of providing services to such corporate issuers’ pension funds.
Quoting academic research on the matter, Climate Majority Project stated that earning revenue from companies while voting at those very same companies leads them to be likely to support management in votes “across all portfolio companies”.
Climate Majority Project also rebuffed BlackRock’s argument that it prefers to engage bilaterally with companies, and dubbed it “greenwashing engagement”.
Climate Majority Project stated: “These private engagements are notorious for their lack of transparency, leaving BlackRock’s clients and the broader investor community with no means of assessing their efficacy. BlackRock systematically fails to back up its ‘engagement’ efforts with action.”