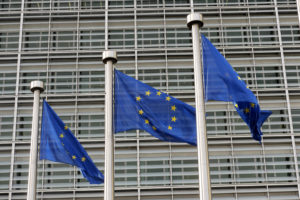 Blackrock Investment Management has been selected by the European Commission’s financial services directorate to oversee its study on developing “tools and mechanisms” to integrate ESG factors into the EU’s banking sector and prudential framework.

The tender, which was put out in the summer, forms part of the EU’s Action Plan on Sustainable Finance, specifically Action 8 on ‘Incorporating sustainability in prudential requirements’.

The US investment behemoth, itself viewed as a major laggard on sustainability – last month dodging a shareholder proposal on its poor ESG proxy voting record, particularly around climate change – saw off eight other bids, including two from SMEs, for the contract, which is worth €550k.

“Quality and relevance” of methodology was given the greatest weight in the selection process, according to the tender document.

Over the next year, Blackrock will assist the Commission to realise its ESG objectives, including:

A maximum of five Brussels-based  “co-ordination meetings” between Blackrock and the Commission are also baked into the contract.

The tender document makes no explicit reference to the exploration of preferential treatment for green assets in capital requirements for banks – the so-called ‘green supporting factor’ – which the Commission highlighted as one of its three priorities when it kicked off its work on sustainable finance in 2018.

Following widespread push back on the Green Supporting Factor, including criticism from central banks, investors and civil society, the Commission put the idea on the back burner last year, and focused on other initiatives such as disclosures and the green taxonomy.

However, more recently, the European Banking Authority said it would explore further the possibility of offering banks favourable prudential treatment for lending to green projects in its own Action Plan on Sustainable Finance, which it put out in December.