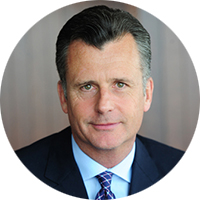 Philipp Hildebrand, Vice-Chairman of Blackrock, told an audience at the World Economic Forum in Davos last week that there is evidence emerging of the benefits of longer term investing and impact, saying that BlackRock describes this as “sustained financial performance”.

Former Swiss central bank chief Hildebrand was speaking on a panel on Investing for Impact with panellists including Lars Lokke Rasmussen, the Prime Minister of Denmark, and Akinwumi Ayodeji Adesina, the President of the African Development Bank.

Hildebrand said there were three things coming together to create a tremendous window of opportunity in the space of impact investing.

Firstly he said: “There are now an increasing number of serious empirical studies that are beginning to show that the old story that by doing good you lose on profitability may not be true.”

Hildebrand said it was early days and a lot more needed to be done in the space: “But in the last couple of years, we’ve seen a series of studies.”

He described a meta-study that looked at 2000 research papers and a few studies from Harvard.

He continued that these studies were not only showing that there may not be a negative trade-off off if you focus your investment around sustainability goals, but: “that some of the studies were also beginning to show what may be intuitive to you. That there could be a positive trade-off if you think in the terms of the longer-term.”Hildebrand said BlackRock referred to this as “sustained financial performance”.

He said this was a “big development”.

“If we can begin to show that sustained financial performance increases by incorporating sustainable dimensions into your investment product and strategies, that’s a game changer.”

Hildebrand said the second factor creating an opportunity for impact investment was intergenerational wealth transfer and the third was technology that would allow the pursuit of sustainability goals and investment in a much more efficient way than before.

“Clients demanding more, technology allowing us to do more and evidence pointing in the direction that if you at least think in the longer term there is not a negative opportunity cost and indeed there may be a positive effect on performance if you do that. Then that is a very, very powerful threefold dynamic that is unfolding here,” he said.

“I’m optimistic,” he said. “But if studies are wrong and there is a financial cost then this is an issue of societal norms and values. It doesn’t mean we shouldn’t invest this way. I’m not a scientist but my guess is that we’ll end up in a pretty good place where the data underpins the idea that you can create sustained value by incorporating these dimensions in your investment products and strategies.”