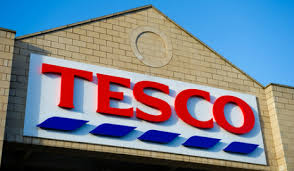 UK food retailer Tesco has been slapped with a second class-action lawsuit from a US pension fund following an accounting scandal at the firm which led to the departure of top executives, repeated profit warnings and an imploding share price.

The lawsuit was filed with a New York District Court by the law firm Bernstein Litowitz Berger & Grossmann (BLB&G) on behalf of its client, the Chester County Employees Retirement Fund in Pennsylvania. The defendants cited in the complaint are: Tesco PLC; Philip Clarke, Tesco’s former Chief Executive; Laurie McIlwee, its former Chief Financial Officer; and Richard Broadbent, its former Chairman. As the lawsuit is a class action, other investors in Tesco can join it by a deadline of December 22.

In the lawsuit, BLB&G alleges that starting in April 2013, Tesco (which is listed in the US via its American Depositary Receipts, or ADRs) violated US securities law by “disseminating false and misleading press releases, financial statements, and statements during investor conference calls.”They did this by “improperly recognizing commercial income and delaying the accrual of costs under the Company’s arrangements with UK suppliers,” BLB&G said.

By late October 2014, Tesco was forced to admit that its profits in the first half were overstated by at least £263m (€330m). Clarke, McIlwee and Broadbent had already left the company by then.

The upshot for investors, BLB&G says, was a decline by more than half in Tesco’s share price, which is why its client is now suing. The law firm did not, however, disclose what the Chester County pension fund’s exposure was to Tesco nor how much in damages it is seeking. A Tesco spokesman was not able to comment on this story before deadline.

The class action lawsuit against Tesco is the second from its investors in the US. The other one is from the Irving Fireman’s Relief and Retirement Fund in Texas. It was filed in New York federal court on October 23, or the day that Broadbent resigned over the accounting scandal. It is currently pending. BLB&G Announcement