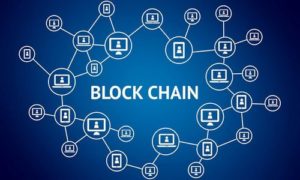 Investors must understand the emerging technology landscape to appreciate how it might be utilised to pursue a more responsible and sustainable corporate ecosystem. Let’s take one of the latest buzz-words in technology: Blockchain. Blockchain can enable a more transparent corporate ecosystem with reduced complexity and improved auditability, improve the quality and integrity of internet-based information dissemination, and reward and incentivise socially-beneficial behaviours.

What is blockchain?
We must distinguish blockchain technology from its most (in)famous incarnation as the technology which underpins cryptocurrencies such as Bitcoin. Blockchain as a technology is a much broader proposition.
A subset of distributed ledger technologies, blockchains make clever use of cryptography, distributed computing and consensus mechanisms. We could become very technical here, but we won’t. It suffices to say that a blockchain is a distributed ledger, which can be used to identify ownership and audit transactions of value.

The value proposition of blockchain
An obvious use-case example of replicated and synchronised dataset which is held and maintained in a distributed fashion by untrusting counterparties is personal banking. Let’s say Richard banks at Responsible Bank and wishes to transfer £1,000 to Octavia, who banks at Investor Bank. At present, this transfer requires a number of steps:
– Richard instructs Responsible Bank to make the transfer ;
– Responsible Bank deducts £1,000 from its internal ledger, reflecting Richard’s reduced cash holdings and confirms the same to Investor Bank;
– Investor Bank adds £1,000 to its internal ledgers, reflecting Octavia’s increased cash holdings; and
– each bank makes corresponding adjustments to their interbank ledgers.
Responsible Bank and Investor Bank must ensure their ledgers are aligned at each stage. Now consider how often such transfers happen—millions of times, every day. That’s a lot of ledger adjustments.
Imagine instead a single ledger, accessible by defined parties. In our example above, such parties would include Richard, Octavia, Responsible Bank, Investor Bank and the central bank. The ledger may also be accessible by Richard’s other creditors, or credit rating agencies. This would streamline the operation of finance, making it simpler, cheaper and less prone to error. That’s a blockchain solution, but it’s just one example.
If we think of ‘value’ in its broadest sense, we might think of personal data, or real-world fixed assets such as real estate. This is where blockchain gets really interesting.

A transparent corporate future
The approach of regulators and the expectations of the public towards the corporate landscape over the past decade has been characterised by a movement towards greater transparency.This has been fantastic from a responsible investor’s perspective: in the UK the PSC (The register of people with significant control) regime has made it easier to trace ultimate beneficial owners of corporate entities; the digitalisation of company registrar services has facilitated faster, cheaper and more readily accessible corporate filings; and the hardening of public sentiment towards complex tax structuring has led to the simplification of tax arrangements.
The emergence of technologies such as blockchain can play a huge part in continuing this move to transparency. For example, law firm Mishcon de Reya recently used a blockchain and advised HM Land Registry on the UK’s first digitised end-to-end property transaction. By placing data on a shared ledger, the prototype improved the transparency of the house-buying process, which is typically characterised as being slow, opaque and stressful.
Various blockchain use-cases are currently in development, recording everything from share registers to near-real time accounts. The impact of these solutions will be most acutely felt in emerging jurisdictions and regulatory environments which are unburdened by legacy systems and have the entrepreneurial spirit necessary to lead the charge and utilise these new and exciting technologies. Such efforts will need to be supported by clear government strategy, policy and regulation, but this is the subject of another article entirely!

Creation of new business models
The World Economic Forum estimates the value of global data economy to be $3 trillion; The Economist identifies data as the word’s most valuable resource. In the era of ‘fake news’ and misinformation, the need for an auditable, immutable data repository has never been greater. Blockchain technology can satisfy this market need and, in so doing, facilitate the next wave of global information dissemination. Whereas today we can search the internet for information, blockchain technology may lead to a not-too-distant future in which we can search a catalogue of datasets to check and validate digitised assets from records, to contracts and title deeds.
Blockchain-based platforms are providing a vehicle through which data can be digitised, traced and traded. A plethora of new business models and investment opportunities may flow from this innovation. System architects might utilise blockchain to monitor datasets, track behaviours and economically incentive those which are deemed socially-beneficial and desirable, such as content creation or the performance of charitable actions. This technology is one to watch for investors.

Kieran Brown is an associate director and global strategist at the Berkeley Research Group (BRG) and Tom Grogan is an Associate at Mishcon de Reya who leads the dedicated Blockchain and Digital Assets Group.