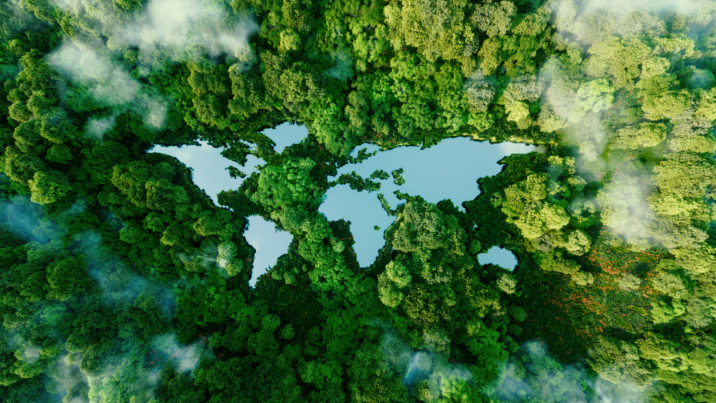 This would materialise particularly in EM where countries are dependent on fisheries or other ecosystem services. “It hasn’t had as much attention to date,” he said. BlueBay is planning on doing work in this area with their charity partner, Blue Marine.

Investor focus more broadly on the “blue economy” has grown in recent years. According to WWF, the overall asset value of the global ocean has been estimated at about $24 trillion, providing annual goods and services worth at least $2.5 trillion.

During covid-19, for instance, investors representing more than $2 trillion threw their weight behind Fidelity International’s letter to the UN urging action on the plight of seafarers stranded as a result of restrictions brought in because of the pandemic.

And in March, RI reported that ICMA was collaborating with UNEP FI, the Asian Development Bank (ADB), UN Global Compact (UNGC) and the IFC to develop ‘Global Blue Bond Guidance.’

Sovereigns are also taken notice; in March, RI reported that Fiji has begun work on its first Sovereign Blue Bond.

The island nation, which became the first emerging market to issue a green bond in 2017, is particularly at risk from tropical cyclones and climate change.

Stock made the comments to RI when discussing the launch of the Investor Policy Dialogue on Deforestation’s (IPDD) first progress update.

Launched in July 2020, the IPDD – which is supported by 65 financial institutions, including Legal and General Investment Management, Robeco, Storebrand Asset Management – aims to co-ordinate public policy dialogues on halting deforestation.

At close to $90 trillion, the sovereign bond market is more than twice the size of its corporate equivalent. Yet, while fixed-income investors have been talking to firms about sustainability for years, engagement with sovereign borrowers on ESG issues only gained traction recently.

Reflecting on what has been achieved so far in discussions, Stock – who co-chairs the IPDD and its Brazil workstream – noted that despite the lack of direct constructive dialogue with Bolsonaro’s administration, “we had no shortage of meetings with different ministries, the Central Bank etc.”

“Of course, what’s encouraging now is the change of government and inauguration of a president who is clearly much more committed to tackling deforestation and rebuilding international cooperation.”

Already the initiative has been in dialogue with “the transition team who will be the decision makers.”

Stock said they will also be increasingly reaching out to more state level governments “as the operating environment for them to take action is more favourable”.

Wednesday’s report also marked the official launch of the IPDD’s “Consumer Countries workstream” which will focus on US, UK, EU and China.

RI exclusively reported that plans were underway for this third workstream in July.

The IPDD is conducting stakeholder mapping of where they can be most effective as an initial step. In the US, for example, potential points of engagement range from the SEC, Congress and state-level governments.

Stock said he is unperturbed by the developing anti-ESG political lobby growing in the US backed by groups of Republican politicians and organisations – like the State Financial Officers Foundation.

“We just have to demonstrate the materiality of deforestation in our portfolios and with that we have a solid base which puts us on safe ground as we are within our fiduciary duty – the fact that it falls under ESG engagement is incidental.

“On that basis I’d be comfortable going into any meeting with someone who might think we’re being woke about this, the starting point is our fiduciary duty.”

The hope is that the conference will do for biodiversity what COP21 did for climate change. The goal for the second leg of COP15 is to achieve sign-off on the Post-2020 Global Biodiversity Framework, an international agreement on how society can “live in harmony with nature” by 2050.

During a speech on Tuesday, UN secretary general António Guterres said: “Around the world, for hundreds of years, we have conducted a cacophony of chaos, played with instruments of destruction… With our bottomless appetite for unchecked and unequal economic growth, humanity has become a weapon of mass extinction. We are treating nature like a toilet.”

A significant business and finance contingent is expected to be in attendance as organisers included a dedicated finance and biodiversity day for the first time.

Earlier this week, the Coalition of Finance Ministers for Climate Action (the Coalition) and the Network for Greening the Financial System (NGFS) published a statement acknowledging the importance of understanding and addressing nature-related risks, as well as providing an overview of actions each group has taken.

Both groups say they “recognise the need for increased coordination between them”, which will begin with an NGFS project to develop key inputs for supervisory economic and financial modeling on nature risks.

“Such modeling can feed into a variety of planning, budgeting, regulation, supervision, and risk management functions for members of both groups,” the statement said.

Finally, on Wednesday the Taskforce on Nature Markets – with knowledge partners Vivid Economics by McKinsey – published a report that has valued nature markets at almost $10 trillion per year.

This is the equivalent to 11 percent of global GDP or the world’s third largest economy, behind the US and China.

According to the study, nature markets are those markets that explicitly value and trade nature, from emerging markets such as carbon and biodiversity credits and nature liability insurance, to established markets including conservation, nature-related tourism and soft commodities.