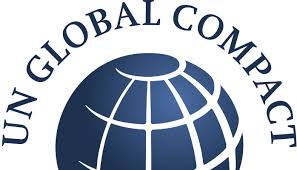 It’s emerged that BMO Global Asset Management (EMEA), the former F&C Asset Management, has been expelled from the United Nations’ Global Compact after being acquired by non-member BMO Financial of Canada.

The Global Compact – the initiative aimed at encouraging companies to invest based on principles of human rights, labour, environment and anti-corruption – said the delisting was as a result of “failure to communicate progress”. Participants to Global Compact have to provide an annual update – the ‘Communication on Progress’ or COP.

As F&C, the firm was a pioneer in ethical investment funds, having launched Europe’s first ethical fund in 1984; its Responsible Engagement Overlay (REO) engagement and proxy voting service seeks to enhance investor value “by encouraging the adoption and development of industry best practice”. Its Responsible Investment Advisory Council, formed post-acquisition, is presided over by Archbishop of Canterbury Justin Welby.

After the £708m (€783m) acquisition, the firm re-branded its ethical and sustainable funds.

Although the Global Compact is a voluntary body and sees itself more as a “guide dog than a watchdog” the annual Communication on Progress is a mandatory requirement.

A spokeswoman for BMO Global Asset Management said the delisting occurred after the fund firm was acquired by BMO, the Bank of Montreal, in 2014.

“BMO Global Asset Management (EMEA) had been a participant in the UN Global Compact from 2004, but following the acquisition in 2014, it was no longer a separately listed company,” she said.She added that BMO is a Learning Participant to the Global Compact, as well as a member of other corporate sustainability networks. Global Compact’s Learner participant status is for COPs that do not meet one or more of the minimum requirements.

Canada has a total of 166 members of the Global Compact, including 39 companies such as Scotiabank, Bombardier and Barrick Gold.

Volkswagen withdrew from the Global Compact in the wake of the emissions scandal last year.

Separately, Edinburgh-based fund firm Baillie Gifford, whose status was listed as “non-communicating”, said this was an oversight and the firm would be continuing to participate in the Global Compact.

The International Finance Corporation, a member of the World Bank group, has also been listed as “non-communicating”. The IFC did not respond to requests for comment.

Meanwhile, Danish pension fund PKA said that it was continuing to use the Global Compact principles in companies the pension fund invested in, despite pulling out of the initiative.

A source close to the fund said that it “did not make sense” for PKA as an investor – with a staff of 55 people- to report on progress concerning the principles.

“What does make sense is to use the principles towards the many companies PKA invest in to make sure they act responsibly and according to the principles,” the source added. The fund was working on implementing its guidelines for responsible investments in collaboration with Hermes and Sustainalytics.