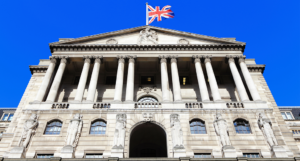 The Bank of England (BoE) has launched its second round of climate stress testing for major UK banks and insurers yesterday.

The exercise is a continuation of the BoE’s 2021 Climate Biennial Exploratory Scenario (CBES) stress tests which marked the first time UK financial institutions were asked to submit projections on how their lending books and investments would be impacted by climate change.

Participating institutions were asked to consider three scenarios – based on those developed by green central banking body the NGFS – in which governments act early to cut carbon emissions, government action is delayed or no action takes place.

The most recent round will further explore responses to the three scenarios and the associated implications for institutional business models, said the BoE.

The BoE is expected to publish the CBES results later this year in May, which will provide an aggregate overview of financial sector climate resilience rather than firm-by-firm data.

It comes in the same year that the European Central Bank (ECB) is conducting its own climate stress tests, with aggregate results due to be released in June. In addition to stress testing, the ECB will identify best practices for banks and produce a toolkit for future reporting.

Under its supervisory mandate, the BoE is required to conduct stress testing every other year for scenarios that are not covered as part of the annual solvency tests. Prior to CBES the BoE launched stress tests on bank liquidity in 2019, which was later abandoned due to resource constraints.

The BoE has also announced an upcoming conference in Q4 on the issues associated with adjusting the capital adequacy requirements to take account of climate-related financial risks, in a sign that the regulatory community may be warming to such a mechanism. The conference is expected to inform the BoE’s future policy on the topic.

The adoption of separate prudential treatments for assets based on their exposure to climate risk would allow supervisors to reduce the capital buffers which banks need to set aside for green assets or increasing the requirements for polluting assets.

Although such a policy has been mooted for some time, it is yet to be implemented by rulemakers anywhere in the world. Critics have said that there is insufficient data showing that green assets carry empirically lower financial risk, and that a requirement for higher capital buffers could reduce bank lending, profits and subsequently executive remuneration.

Aside from the BoE, numerous regulators are exploring the interplay between climate change and capital requirements. In the EU, banking and insurance regulators have been mandated to explore the evidence for “a dedicated prudential treatment of exposures” related to investments with environmental and/or social objectives, with reports due in 2023.

Globally, the Basel Committee’s Task Force on Climate-related Financial Risks is currently seeking feedback on expectation that banks incorporate climate risks into their internal capital and liquidity adequacy assessment processes, while the International Association of Insurance Supervisors has flagged the topic for review in its annual roadmap.

Separately, the Bank of Italy has announced the creation of two groups to boost its approach to climate and sustainability. The newly-established Climate Change and Sustainability Committee and Hub, will help to define the supervisor’s sustainable finance strategy and coordinate discussions related to sustainable finance, respectively.

The Climate Change and Sustainability Committee will be chaired by a member of the Bank of Italy’s Governing Board; details of the Committee and Hub’s membership was not provided.