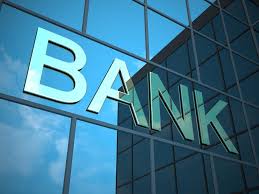 A new investor-backed report has found that despite industry pronouncements ahead of the crunch UN talks in Paris later this year, few banks are taking a strategic approach to climate change.

The report finds there is still “a huge divide” between banks’ current practices and the financial sector’s potential to support the transition to a low-carbon future.

There was inadequate disclosure across the industry, with the report finding that many of the banks surveyed do not adequately assess the carbon risk of their lending and underwriting, or conduct climate-related stress tests. A key finding is that no bank analysed is currently measuring its carbon footprint.

And while huge funding is required for the transition to a low-carbon economy, most banks do not have quantitative targets for increased investment/financing of energy efficiency or renewable energy projects. The banks included the world’s largest underwriters of carbon-intensive industries.Lauren Compere, Managing Director at Boston Common, said the report showed a “worrying lack of a strategic, long-term approach” to climate risk. “As the Governor of the Bank of England said earlier this month there is still time to act, but the window of opportunity is finite and shrinking.”

‘A worrying lack of a strategic, long-term approach to climate risk’

Earlier this week, RI reported that campaign group Campaign group BankTrack has called on the Equator Principles Association, which oversees guidelines for managing environmental and social risk in banks’ project finance activities, “to step up its ambition level”- including on fossil fuels.

Elsewhere, environmental NGO the Carbon Tracker Initiative has said that fossil fuel companies are “misleading” shareholders by justifying billions of pounds of investment with business-as-usual forecasts which ignore serious risks to future demand.

The Lost in transition: How the energy sector is missing potential demand report is claimed to be the first study to compare published industry scenarios against authoritative financial market research. It reckons energy companies are overlooking the scale and pace at which demand for oil, coal and gas could fall.