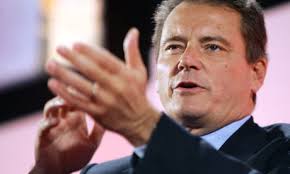 BP Chairman Carl-Henric Svanberg marked two very different anniversaries in his opening speech at its annual general meeting in London yesterday. He celebrated the centenary of BP shipping, which started life as the maritime transport arm of the Anglo-Persian Oil Company, and he remembered the tragic Deepwater Horizon accident five years ago off the Gulf of Mexico.

The accident, which claimed the lives of 11 people and is still subject to litigation, was one of many issues that brought activist investors to the meeting, who interrogated the oil company during a lively meeting that overran by nearly two hours.

On Deepwater Horizon, BP says it is “committed to making it right”.

But, shareholder Derrick Evans felt different. Evans, an African-American, Mississippi resident and community advocate from the Gulf Coast, spoke on behalf of the fishing community and clean-up workers from the area. He complained that BP’s response to the accident contained in its annual report “didn’t contain BP’s commitment legally, morally and ethically to restore the Gulf region and to make it right”.

“The obligation to the people is glaringly missing from the report,” he said.

He cited a demonstrable public health impact of the spill on the Gulf Coast community, and claimed loss of livelihood and physical health issues were not being dealt with BP’s claims process. This was Evans’ second trip to a BP AGM, asking it to visit the communities he described. Other ordinary shareholders expressed concern around human rights with BP’s involvement in Russia, Azerbaijan, Ukraine, and places affected by ISIS.People warned BP that it was “showing Putin that aggression pays” and that “BP was profiting on blood money”. On Azerbaijan, one shareholder insisted: “You will tar the company with the same human rights abuses the government is carrying out.”

In response to the tough questioning, Svanberg said BP “was not running a foreign policy department”, and insisted the company followed the rules and sanctions dictated by the UK government.

But the main focus for institutional investors, and the last order of business, was Special Resolution 25: climate resilience. It is the culmination of years of work, mainly by CCLA, to coalesce investors around a resolution. In the event, the resolution, backed by BP itself, went through with a blockbuster 98% shareholder backing (though some did wonder who the 2% could be).

The announcement of the result was preceded by another barrage of questions, ranging from BP’s interest in nuclear, solar, or carbon capture, its links to US Senator James “Snowball” Imofe, and the reputational risk of the oil industry for investors in light of the divestment debate.

In the event, Svanberg welcomed the result and thanked the institutional shareholders who had attended the meeting.

Investors said Resolution 25 has set a precedent, and the bug is clearly spreading – shown by the news today that a coalition of US investors have written to the Securities and Exchange Commission calling on it to improve oil and gas companies’ responses to climate-related material risks. So the (non-snow)ball is now well and truly rolling…