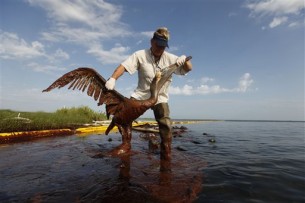 An influential group of shareholders are planning to file a resolution at BP’s next annual general meeting demanding a review of the oil major’s risk management at its North American operations in the wake of the Deepwater Horizon spill in the Gulf of Mexico earlier this year.

“We as shareholders of the Company direct that independent members of the board conduct a review of the current risk assessment and risk management plans including emergency response plans in place for each of the Company’s major projects in North America,” the draft resolution reads.

The move is being spearheaded by the Christian Brothers Investment Services (CBIS), the US Catholic socially responsible investing group with $3.6bn in assets.

It’s believed to be the only planned resolution to deal with the accident that has cost BP so dearly in terms of reputation and hard cash.

The investors are calling for the findings of the review to be reported at BP’s AGM in 2012.They want an assessment of the “principal operational,economic, reputational, environmental and social risks” facing the firm and the steps it’s taken to “reduce, manage and mitigate such risks”.

They are also pressing on board oversight as well as the impact of the potential changes in projected long-term oil demand.

UK campaign group FairPensions, which headed up the tar sands resolution at the BP and Shell AGMs this year, is “helping with the paperwork”, said campaigns director Louise Rouse. She said BP is aware of the resolution, which Rouse termed as an “invitation to dialogue”. As the new resolution covers BP’s North American operations, in effect it also encompasses the tar sands issue, she added.

While BP has established a new safety and risk division, the investors say its “recent actions and meagre communications” to shareholders suggest there are still significant gaps in risk management.

Investors who want to register an interest in co-filing, should contact either Julie Tanner at the CBIS or FairPensions’ Rouse before December 27.
The deadline for filing resolutions with the company is January 21 2011, with the AGM likely to take place in mid-April.