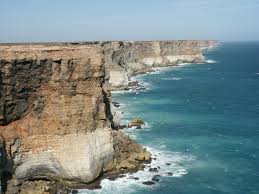 BP was responsible for the world’s biggest oil spill accident, the Deepwater Horizon tragedy in the Gulf of Mexico. As well as causing untold environmental damage, the spill cost BP and its shareholders billions.

Now BP plans to drill for oil in the Great Australian Bight (GAB), the open bay on Australia’s southern coast. BP’s proposal is to drill an exploration well – which is exactly what it was doing when the Gulf of Mexico disaster occurred. The waters of the Great Australian Bight are far more treacherous and more remote than the Gulf of Mexico. The Bight is a remote, wild and pristine area of the coast of Western and South Australia that is home to rare wildlife species. It boasts the world’s most important southern right whale nursery as well as many humpback, sperm, blue and beak whales.

But for investors, the risks of this project extend beyond the destruction of a marine sanctuary. Several factors around this project signal alarm bells to the investment community.

Independent modelling shows an oil spill in the Great Australian Bight could affect all of southern Australia’s coast, all the way from Western Australia right across to Victoria through Bass Strait and around Tasmania. A spill in the area would be devastating for South Australia’s A$442m (€299m) fishing industry and tourism industries in coastal regions, worth more than A$1bn.

BP has refused to disclose key documents containing information highly relevant to risk assessment, including its own oil spill modelling. The company estimates that an oil spill will last only 35 days even though the Gulf of Mexico spill lasted 87 days. Australia’s offshore oil and gas authority, NOPSEMA, rejected BP’s first application to drill in the Bight and has said BP needs a comprehensive risk assessment and oil pollution emergency plan.

The Environmental Plan submitted was never disclosed to the public or investors. The Australian Parliament’s Senate is currently investigating BP’s plans as part of a public enquiry, and NOPSEMA has yet to make a final decision as to whether to approve them.

The economic viability of the proposal is highly doubtful. BP appears to have committed US $1billion to the project to date.The company has disclosed no information about the resources that it anticipates to find in the area. BP has stated publicly its objective for projects to break even at $60 a barrel. Independent estimates of the Bight proposal average at over $100 a barrel.

Even if oil is found, production is unlikely to occur for decades. The changing regulatory framework and market signals of a transition towards a low-carbon economy raise serious questions about the viability of projects like the Bight over the long term. There is now an internationally recognised need – among the public, the political class, and the investment community – to curb climate change and limit global temperature rises to a maximum of 2 degrees, as agreed at the Paris climate summit. As markets and companies shift their long-term business strategies towards resilience in a low-carbon world, a project like the Great Australian Bight sticks out like a sore thumb.

BP’s proposal has already attracted controversy in Australia and internationally. The reputational risks are high – the parallels between Shell’s abandoned plans to drill in the Arctic are striking.

The company has attracted criticism from engineering experts about its failure to disclose its risk assessment and Environmental Plan. On Monday, BP’s Bight plans were targeted in a protest at the British Museum. Hundreds will protest in Australia and Britain during BP’s AGM this Thursday. Scrutiny of the company’s plans will only increase as international awareness of the risks involved grows. Smart investors should demand more disclosure from BP. They deserve not only to know what it is that BP is refusing to disclose, but also the company’s rationale for embarking on a project so laden with operational, economic and reputational risks.

BP needs to prove to its investors that it takes these risks seriously. Drilling for oil in the Great Australian Bight is an outlier in the strategy of any company that wishes to demonstrate this.

Lyndon Schneiders is National Campaigns Director of the Wilderness Society.