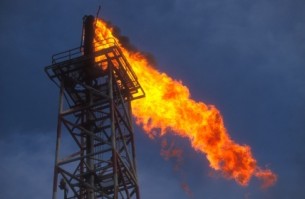 Information on BP PLC’s declining health and safety record was insufficient to prompt money managers to sell the stock ahead of the April 20 Deepwater Horizon oil rig explosion and subsequent Gulf of Mexico spill, according to investment consultants, managers and ESG experts. “Managers with sophisticated ESG antennae probably couldn’t have avoided or minimized the financial effects of the BP spill on their portfolios,” said Emma Hunt, Reigate, England-based senior investment consultant in Towers Watson & Co.‘s sustainable investment team. “But they will be better able to respond if and when the next environmental catastrophe happens.” That’s because managers that have watched the BP spill closely from an environmental, social and governance perspective will be better able to judge how well companies respond to future disasters – be they environmentally, socially or governance-driven. Also, the BP disaster will cause managers and investors to become more aware of how ESG-related risks can be material to a company’s performance, experts say. This will drive managers and investors to pay closer attention to ESG risks and to push for changes in areas such as corporate disclosure that might help investors better understand ESG risks.
Of course, nobody can predict when an accident will happen. And even trying to predict which company might be more at risk of a disaster than its peers is nearly impossible statistically because disasters are so rare, saidRan Fuchs, global head of ESG analytics at RiskMetrics Group Inc., New York. “We can’t predict these kinds of events, but we can see how companies” are prepared to deal with them, he said. So the question is not which company is more or less likely to have a disaster. “The real question is how prepared a company is when a disaster like this happens,” Mr. Fuchs said.
ESG experts say it’s clear that BP was not well prepared for a deep-water oil-rig disaster – but neither were analysts or investors.
“It’s quite important to say that corporate reporting on environmental, social and corporate governance risks needs to improve,” said Duncan Exley, director of campaigns at FairPensions, a London-based non-profit organization that lobbies for responsible investment. Before the spill, analysts didn’t have enough information about the risks involved in oil company deep-water rigs. More important, experts said, was the slow response of analysts after the rig exploded.
“After the spill, it took some analysts such a long time to get their head around the fact that this was serious,” said Peter Michaelis, head of socially responsible investment at Aviva Investors, London. He said that, early on, some analysts employed the “farcical” technique of multiplying the number of barrels of oil spilled by the per-barrel cost of oil and counted it as operating cost, while ignoring the larger environmental and political problems BP would face. Christoph Butz, Geneva-based sustainability

expert at Pictet Asset Management, agreed that analysts – especially ESG-focused analysts – were slow to wake up to the importance of the spill. “There is a certain inertia in acknowledging the facts. It’s the same (for rating agencies) in the financial crisis,” Mr. Butz said.
At the heart of the problem is that stock analysis never assumes anything will go wrong, said RiskMetrics’ Mr. Fuchs: “It is something missing from analysis – not just ESG analysis. In the past few years, a lot of bad things have gone wrong, and we still ignore it in our analysis.”
Mr. Butz pointed out that even managers who base stock selection on ESG ratings could not foresee increased environmental risks at BP.
“ESG and SRI (research) agencies were not capable of properly recognizing the environmental risks of BP. That’s a fact,” he said. “In this case, most of the best-in-class products labeled ESG had BP in the portfolio (before the disaster), and we were no exception.” Pictet manages 127 billion Swiss francs ($114.6 billion), of which 7.5 billion francs are in sustainable strategies.
Portfolio managers who learn from the BP disaster won’t necessarily be able to avoid or underweight companies with environmental concerns. Instead, said Towers Watson’s Hunt, they will be able to respond faster if a company isn’t handling a disaster – environmental or otherwise – appropriately.
Towers Watson consultants have been interviewing managers in recent weeks about BP: “not that we know the answers (to questions being asked), but you get a lot of insight into how a manager thinks” through an issue, Ms. Hunt said. She said managers have learned four key things from the BP spill:

1. the importance of inherent sector risks
2. the potential of politics affecting how a company manages a disaster
3. media response will be much swifter and more international than ever before; and
4. companies must take responsibility for their suppliers and contractors publicly from the start of the disaster.Ms. Hunt drew a parallel to problems that clothing and shoe manufacturers have had regarding labor practices. After the first incident, analysts were better prepared to look for signs that the company was handling the crisis well, thereby allowing investors to minimize losses. Experts agree that the BP spill will force investors to take environmental risks more seriously. And some say that institutional investors can help themselves by lobbying for greater disclosure from companies on ESG-related risks and by urging corporations to move to remuneration structures that encourage long-term thinking. When talking with pension fund executives, “again and again people say to us that it is the asset manager’s responsibility to deal with those (ESG) risks,” FairPensions’ Mr. Exley said. “Maybe you don’t need to (monitor) all of those risks yourself … but you need to know that somewhere along the line, between you and the company, someone is” monitoring them. Managers do not believe the BP spill will cause a mass movement of institutional money into ESG-themed funds, which can exclude entire sectors, such as oil and gas or tobacco. “If you X-out certain sectors, you can go a long way to minimize your risks,” said Jeff Munroe, chief investment officer at Newton Investment Management in London. “But most investment endeavors have some (returns) built into them above the risk that they’re taking.” Pictet’s Butz added that there are – in addition to financial reasons – sustainable reasons to continue investing in sectors that carry ESG risks. “The oil industry will probably be around for another 30 years or more,” he said in an e-mail. “So, from a sustainable point of view, it makes sense to try and make sure that the best companies out there do this (inherently risky and dirty) job. Not investing in the oil sector (is like) sticking your head in the sand.”
Drew Carter is a reporter with: Pensions & Investments