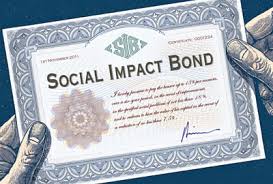 There’s been a lot of excitement in certain circles about the promise of social impact bonds (SIBs).

So the high-profile cancellation of the first US SIB-funded programme, at Rikers Island prison in New York, is clearly a major setback – just as the early cancellation of the very first SIB, which had targeted recidivism in Peterborough, was in the UK. To the sceptics, it’s further proof that all the excitement was a triumph of hype over substance.

But Rikers Island and Peterborough are only part of the story. Other early SIB-funded programmes commissioned in the UK are now drawing to a close – and in many cases, they’re performing ahead of expectations.

Take Career Connect, a charity that supports disadvantaged teenagers on Merseyside, which raised £1.5m (€2.1m) via a SIB to fund a three-and-a-half-year programme supporting over 4,000 children.

Or Teens & Toddlers, which raised £3.25m for a three-year programme to pair up 1,100 at-risk young people with a nursery child to mentor.

Or Adviza, whose programme targeted struggling 14-15 year-olds at 42 schools in Thames Valley. None of these programmes have quite finished yet, but all three have already triggered enough success payments – i.e. they’ve made a tangible difference to a larger-than-expected number of vulnerable young people – to repay their SIB investors in full.

In other words, here are three SIBs that are in line to pay back their capital plus a return, while funding improved social outcomes for young people – i.e. exactly what their investors hoped they’d do.

So for other interested investors looking at SIBs, the key question is: why have some of them been successful and others not?

When is a bond not a bond?

Since 2012, we’ve invested in 14 SIBs commissioned in the UK (including Career Connect and Teens & Toddlers). We also manage the world’s first dedicated SIB fund. So we’re starting to get a decent sense of what works and what doesn’t.

It’s been well-documented that certain issues and policy areas are better suited to SIB-funded interventions than others. And within these policy areas, there are some specific lessons emerging from the early raft of SIBs that should help to inform future commissioning.

But we’re also starting to see some general truths emerge. In our view, a successful SIB requires three things:

1. Flexibility and agility
By their very nature, SIB-funded interventions are usually not straightforward. Sometimes they might not have been tried before – at least not in quite the same way, or on quite the same scale (that’s generally why they require funding by SIBs in the first place). So there’s a decent chance that they won’t work out exactly as planned.The beauty of outcomes-based contracts, however, is that if the original plan isn’t working, or if some bits of it are working and others aren’t, the delivery organisation can be agile and change tack. With a standard government contract – which tends to tightly circumscribe how the intervention should be delivered – the provider doesn’t usually have that sort of flexibility.

“Rikers Island and Peterborough are only part of the story.”

2. Great data
In order to be agile, the delivery organisation needs access to high-quality management information that allows it to identify quickly what’s working and what isn’t, and thus to fix problems or alter the focus of the intervention if required.

3. Active ownership
Some of the social sector organisations delivering SIB-funded interventions won’t be used to operating in this agile, data-driven way – because previous public sector contracts haven’t allowed them to. So there’s a huge value in having an active, engaged investor who can help with this process, advising on strategic direction and pushing on performance management where necessary.

One thing that’s very clear from this list is that despite their name, SIBs don’t really work like bonds at all: in terms of the level of engagement required, they’re actually much more like early-stage private equity investments.

We weren’t an investor in the Rikers Island SIB, so we don’t know whether a different approach would have yielded different results. Perhaps the environment was just too difficult, or the intervention too ambitious. (Sometimes complex programmes just won’t work.)

All we can say is that in our experience, the single biggest determinant of a SIB’s success is the provider’s ability/willingness to adapt and optimise the programme as they go along. And investors have a key role to play in supporting that process – which means the more engaged the investors, the more successful the SIB is likely to be.

So for institutions wondering whether to invest, there’s a clear message: SIBs can work, both as an investment product and as a means of delivering better social outcomes. But it may require a different approach from a standard bond investment.

Andrew Levitt is an investment director at Bridges Ventures, where he is responsible for investing the Social Impact Bond Fund