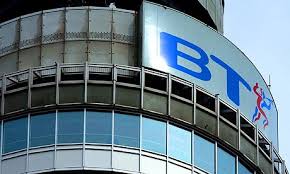 The Hermes Global Equity ESG Fund will be managed by Geir Lode, the firm’s head of global equities, with support from senior portfolio manager Lewis Grant.

The BT scheme has put $39.4m (€28.3m) into the fund, the pair told Responsible Investor at a news briefing.

The move builds on the BT fund’s leading role in responsible investment; its trustee director Donald MacDonald is the former chairman of the Principles for Responsible Investment (PRI) who currently chairs the Institutional Investors Group on Climate Change, the forum for investor collaboration on climate change. Helene Winch, the scheme’s former head of policy, recently joined the PRI as Director of Policy and Research.
In 2011 the BT fund put £100m into a carbon efficient tracker fund developed for it by Legal & General Investment Management with the aid of FTSE Group and environmental data group Trucost.
The new Hermes fund, which takes a best in class approach to stock selection and which utilises engagement arm Hermes Equity Ownership Services(EOS), aims to outperform the MSCI All Country World index (ACWI) by 3% a year on a three-year rolling average basis.

The strategy on which the fund is based has outperformed the benchmark by 8.3% since inception in May last year, according to fund summary documents.
Hermes’ own analysis has found that well governed companies outperform their poorly run peers by an average of over 30 basis points per month since 2009. But there wasn’t the same statistically significant outperformance for environmental and social factors, Lewis said.

He cited the example of the fund’s two largest holdings, airlines Delta and Lufthansa. The former is a leader in corporate governance; the latter is lagging but, importantly, taking steps to improve its governance.

Lode explained that Hermes is not marketing the fund – which is structured under the European Union’s UCITS framework – as an ethical fund (“we don’t exclude anything”). But in practice tobacco firms, due to their low ‘S’ [social] scores, are in effect not investible. A best in class approach means the fund will hold ExxonMobil but not Chevron among oil firms, for example.

Grant said Hermes was seeing a lot of interest from “across the spectrum” of investors in the new fund.