Over the past decade, the UK’s anaerobic digestion (AD), or biogas, industry has gone from strength to strength, with investors enticed by generous government subsidies against a background of relatively expensive renewable alternatives.

The AD industry has explicitly called for the government to guarantee higher subsidies long into the future. With the ongoing Covid-19 pandemic, these calls are growing louder as the UK government seeks to strengthen a sustainable recovery and achieve net-zero emissions by 2050.

But new research from Feedback finds that, contrary to industry narratives, making biogas a central plank of a green energy portfolio – or a green recovery – is likely to result in perverse climate outcomes. Instead, the report with Bangor University reveals the stark limitations of AD in a sustainable future and points instead to the alternatives that could speed up progress towards net zero.

A key finding of the report fatally undermines one of the AD industry’s most touted claims – that it offers a win-win solution to food waste disposal, both avoiding landfill and producing green energy. But far from being a silver bullet, AD is a distraction from a more powerful solution: preventing food waste in the first place. In fact, food waste prevention results in direct emissions savings over nine times higher than sending food waste to AD. Halving UK food waste – a target endorsed, on paper at least, by the government through the Sustainable Development Goals – and planting trees on the spared farmland, would avert an incredible 11.3% of the UK’s current total greenhouse gas emissions. When it comes to food waste, there is no competition: prevention is better than any AD-based cure.

While AD subsidies have slowed since their giddy heights in the early 2010s, the industry is pushing for the subsidy levels of that era. The Anaerobic Digestion & Bioresources Association (ADBA) maintains that investors require profit rates of about 15% over a 20-year period to see AD as an attractive investment. Achieving this would require subsidy rates similar to those available in 2011–15.

From 68 plants in 2011 to 486 in 2019, ADBA now hopes for the industry to grow to around 30 times its current size – building 100 new AD plants every year until 2030. With ownership of the industry increasingly being consolidated under the control of large investment companies – often paying out large profits to shareholders – it is clear that this is an industry in danger of running away with itself.

Investment in AD comes from a diverse range of sources – from farmers investing in small-scale AD to large-scale investors funding and buying up AD plants. Because the upfront financial costs of setting up an AD plant are high, large scale investors are rarely far away.

For example, Bio Capital was formed as a collaboration between multiple investment funds in 2018 with the main aim of capitalising on the growth and consolidation of the AD industry by buying up plants. Through its acquisition of Biogen, Ancala Partners now owns 13 AD sites around the UK

Consequently, through generous subsidies, considerable volumes of public money may be transferred to wealthy investment funds. This creates the driving force for the AD industry pushing for high-rate, decade-long subsidies, at a time when radical decarbonisation will be necessary (and legally required) and the sustainability case for AD will inexorably weaken as the preponderance of green alternatives increases.

Instead, investment and ingenuity need to be targeting the highest levels of climate ambition, if we’re to have a hope of achieving the Paris targets. Biogas is simply not a way for investors to green their portfolios. And while there may be a small, discreet role for AD in a sustainable approach to organic waste disposal and green energy systems, it isn’t the one the industry is touting. 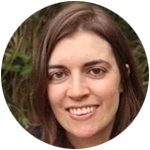 Carina Millstone is is the Executive Director of Feedback, an environmental campaign group seeking to regenerate nature by transforming the food system