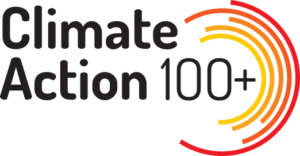 The philanthropic funders of Climate Action 100+ remain positive about the initiative ahead of the transition to Phase 2 next year.

Launched in 2017, CA100+ is mainly funded through grants to its five supporting networks – the AIGCC, Ceres, IGCC, IIGCC and the PRI – to facilitate coordination of engagements and projects.

Public backers of the initiative include the Children’s Investment Fund Foundation, ClimateWorks Foundation, Laudes Foundation and the Sea Change Foundation. Documents seen by Responsible Investor indicate that its investor networks have received $5.8 million in philanthropic funding over the past year. The documents also show that the initiative has received funding from the Sequoia Climate Foundation, which is not listed on its website.

The structure of the funding differs from backer to backer – some foundations make annual payments, while others have made multi-year grants. Some of the foundations have links to one of the coordinating investor networks and provide funding directly to that network, while funding from other foundations is spread between the networks.

RI understands that CA100+ has yet to secure financing for Phase 2 in its entirety, but a source with knowledge of the matter stressed that it was “not unusual” for five-year initiatives such as CA100+ not to have a fully funded budget before launching.

Leo Park, acting director of the finance programme at ClimateWorks, said the work of CA100+ was “critical to driving the pace of the low-carbon transition and winning on climate”. He said the initiative has made valuable contributions to help advance corporate climate action, as well as providing useful education and data for institutional investors.

“In doing so, the initiative has catalysed greater investor awareness and action on the risks that climate change poses to their portfolios and to society,” Park said. RI understands that ClimateWorks has provided roughly $6 million in funding since CA100+’s foundation, although a grant for next year has not yet been made.

Many of the funders maintain close involvement with the initiative, with monthly calls between funders and initiative leaders for progress updates. The backers are also being given input on the design of Phase 2.

A second source with knowledge of the matter told RI that the Laudes Foundation is a “continuing funder” of the initiative, and that it had been actively working with CA100+ on the evolution of its programme. Other funders have also been in discussions with CA100+ over the Phase 2 consultation document, which proposed increased transparency and tougher requirements for supporting investors.

However, the initiative does not get a perfect grade. RI understands there are concerns among funders that some investors are not pulling their weight, and expectations that members may drop out as the programme becomes more ambitious in Phase 2, although no specific names have been mentioned.