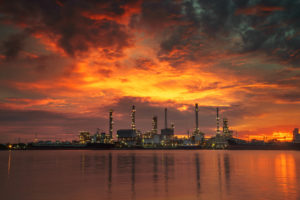 Climate Action 100+ will not add Saudi Aramco to the list of ‘systemically important carbon emitters’, despite it now being the world’s largest oil company, it has told RI.

The heavyweight group, made up of nearly 400 institutional investors, is the biggest single-issue engagement initiative in history. Created in 2017, it engages with the most significant contributors to carbon emissions in the public equities space, as well as those with the greatest potential to find business opportunities in the low-carbon transition.

CA100+ has scored a number of high-profile victories as a result of its engagement efforts. Companies that it claims to have made progress with include Shell, Glencore, Rio Tinto, Volkswagen and PetroChina.

However, when asked if the group would take on newly-listed Saudi Aramco, which is now the biggest fossil fuel company in the world, CA100+ told RI it has “no plans to add Saudi Aramco to our focus list of companies,” adding: “We are focused on ensuring the 161 companies already listed take necessary action on climate change.”

Saudi Aramco, whose full name is the Saudi Arabian Oil Company, is considered to be the most profitable company in the world, but it is possible that many CA100+ members simply don’t own the stock currently. Due to its domestic listing, Aramco shares are not widely available to international investors and less than 11% of subscriptions at its IPO were from non-Saudi buyers, with investors such as Singapore’s Temasek and Malaysia’s Petronas publicly declining to take part. However, it is a constituent on the key emerging markets and domestic indices and – according to Morningstar – will have a 0.06% weighting in the MSCI All Country World Index (ACWI).

CA100+ did not comment on its members’ ownership of Saudi Aramco, responding to RI’s query on how it justified its decision not to engage with the firm by saying: “We reserve the right to update the focus list of companies for the initiative, which may include adding or removing companies as relevant. This review happens annually, as part of a broader benchmarking process.”

"We reserve the right to update the focus list of companies for the initiative, which may include adding or removing companies as relevant” – Climate Action 100+

Despite the lukewarm interest from overseas investors for Aramco’s listing, a record-breaking 25 banks signed up as bookrunners for the controversial deal. According to Refinitiv, this is one short of Postal Savings Bank of China’s 2016 listing which boasted a super syndicate of 26 banks.

Among the Aramco IPO underwriters were sustainable finance stalwarts BNP Paribas and Société Générale, in addition to UBS, Citigroup, Credit Suisse, Deutsche Bank, Credit Agricole, Sumitomo Mitsui and Mizuho Financial Group. Less than two months prior to the listing, all of the above institutions signed up to the new Principles of Responsible Banking (PRB) – the UN’s banking equivalent to the long-standing Principles for Responsible Investment

Signatories to the PRB commit to identifying the “most significant” positive and negative impacts of their business activities on “society’s goals as expressed in the Sustainable Development Goals and the Paris Climate Agreement”, and working to mitigate the negative impacts and enhance the positive ones.

BNP Paribas, SocGen, Citigroup, Deutsche Bank and UBS all declined to comment on how they reconciled their commitments under the PRB with enabling the flotation of a major oil company.

A spokesperson from Credit Suisse told RI: “As part of Vision 2030, Saudi Arabia has been working for several years to reduce its dependence on oil, diversify its economy and develop the public sector. This applies in particular to health, education, infrastructure, leisure and tourism. The IPO is one of the many measures Saudi Arabia has taken to implement this vision.”

However, in a comment to S&P, Nathan Fabian, Chief Responsible Investment Officer at the PRI said the body was "very concerned" about Aramco’s lack of disclosure on its plan to transition away from oil. If PRB signatories that participated in the IPO did so "without due regard for the science or the transition pathway, without due regard for the financial risk, then that's a real problem," he added.

"I don't see how it's fulfilling the professional role of the investment bank, the advisory bank that is bringing the deal to market and underwriting it, to not explain how they made these judgments. That is surely a core part of the obligations."