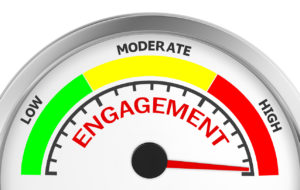 The influential group will update its framework, originally published in March, to include an assessment of the social implications of corporate climate strategies. The Just Transition indicators cover four areas: Acknowledgment, Commitment, Engagement and Action. They include requirements for companies to have “committed to retain, retrain, redeploy and/or compensate workers affected by decarbonisation”.

The results will not be made public under the next assessment, slated for March.

A new “provisional” indicator looking at whether the accounting practices used by firms “reflect the effects of the global move onto a 2050 (or sooner) Net-Zero carbon emissions pathway” has also been developed. Developed by think-tank Carbon Tracker and non-profit the Climate Accounting Project, the inclusion of these indicators will be considered during an official overhaul of the framework next year.

The first assessment of CA100+ target firms, known as its Net Zero Company Benchmark, was published in March and made for sobering reading – revealing that, despite a proliferation in Net Zero commitments, none of the 159 firms targeted by CAP100+’s investors had disclosed credible transition strategies.

CA100+ will begin work on a ‘2.0’ version of the benchmark next year. In the meantime, it will release the findings of its next assessment of target firms using the updated framework in March 2022. That assessment will use the International Energy Agency’s 1.5°C (Net-Zero 2050) scenario – published in May – for sectors where data is available.

In December, target companies and their lead investors will receive a copy of the preliminary assessment and will be invited to provide feedback on it, fact check and provide additional disclosure.

CA100+ will hold a public consultation on the updated new benchmark later this month.