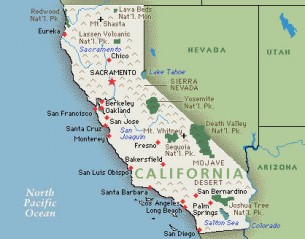 California’s state pension giants CalPERS and CalSTRS could be compelled to report publicly on their “climate-related financial risk” every three years, if a bill working its way through the State’s legislature is passed into law.

Bill SB 964, which has already passed through California’s Senate, receiving 27 ayes to 11 noes in May 2018, now needs to pass through the State’s second legislative house, the Assembly, with a key vote set for tomorrow (August 16).

If enacted, the bill would require the board of both the state’s $228bn Teachers’ Retirement Fund (CalSTRS) and the $357bn Public Employees’ Retirement Fund (CalPERS) to “publicly report on the climate-related financial risk of its public market portfolio” every three years, including reporting on their “alignment” with “a specified climate agreement and California climate policy goals and the exposure of the fund to long-term risks, as specified”.

The bill, which was authored by Senator Ben Allen, the representative for the 26th District of California, would come into effect from January 1 2020 and apply for 15 years.

The draft bill clarifies, however, that under the proposed legislation the pension funds are not required to take any action “unless the board determines in good faith that the action is consistent with its fiduciary responsibilities”.

A similar climate risk bill (SB 560), also submitted by Senator Allen in 2017, was opposed by CalSTRS, who claimed that its formulation would “restrict” the board’s “investment authority”, infringe its “constitutional mandate” to fulfil its fiduciary duty, and could result in losses of up to $26m. The Bill did not make it past the Senate.A spokesperson for CalSTRS told RI that it is “neutral” on the current bill (SB 964) but that the concerns it had raised about the previous iteration (SB 560) have now been addressed by the latest bill. Though “additional administrative costs” of up to $150,000 are cited as a “con” in CalSTRS’ assessment of its pros and cons.

A spokesperson for CalPERS said is “has not taken a position on the bill” but that it has “engaged with the author’s staff and the sponsors of the bill as it has moved through the legislative process”.

A hearing for bill SB 964 by the Assembly’s Committee on Appropriations, which has primary jurisdiction over bills on fiscal matters, has been scheduled for August 16, where a vote will be taken.

Jill Cox of Fossil Free California, an environmental non-profit that sponsored the Bill, told RI that “the committee (with a Democratic majority) is likely to agree [with the Bill]”.

Cox told RI that despite both CalPERS and CalSTRS having “policies that commit them to reviewing investments for ESG” the significance of the Bill is that it “ensures that future boards will respect these policies”.

She added “because CalPERS and CalSTRS are the two of the largest public pension plans in the nation and very influential among their peers, we believe passage of this bill may inspire other states to adopt similar legislation in coming years”.

The Office of California’s Governor Jerry Brown, who will decide the fate of the Bill if passes through the Assembly, told RI that it doesn’t typically comment on pending legislation. Brown is hosting the Global Climate Action Summit next month.