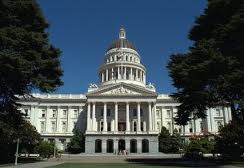 Corporations with shareholders in California will have to disclose details of their political contributions and expenditure, under proposed new legislation that has been tabled to the State Senate.

The proposed bill, the Shareholder Protection Act, would require corporations to report on their previous political expenditures as well their planned spending in the forthcoming year on their web sites.

And it would provide shareholders with a “civil cause of action for damages” against companies for violating the act. Under the terms of the proposed legislation, companies would also have to maintain records on political activities for five years.

The bill (SB 982) has been proposed by Democratic Senator Noreen Evans, who chairs the Senate Judiciary Committee; it comes as US investors are targeting corporate political contributions in their resolutions at company shareholder meetings this year (link).

The bill, which is currently before the Senate’s Banking and Financial Institutions and Judiciary committees, is a response to the controversial US Supreme Court’s ‘Citizens United’ ruling which authorized corporate political spending. “A direct effect of that decision is corporations now have enormous wealth at their disposal to influence elections and politics without any requirements to report their actions to the very shareholders that fund the efforts,” Evans said.
“This bill fixes that problem in California.”
“It is the intent of the Legislature in enacting this act to inform shareholders and the public of how corporations are spending funds to make political contributions and expenditures benefiting candidates, political parties, and political causes,” the text of the bill states.“Shareholders have a right to know how corporations are spending shareholder funds to make political contributions and expenditures to support or oppose candidates, ballot measures, political parties, and political causes.”

The bill argues shareholders have no way to object to or influence the political activities of their investee companies.

The bill has been sponsored by the California Public Interest Research Group (CALPIRG). Its legislative director Pedro Morillas said: “If political contributions are going to be part of a corporation’s business strategy, it only seems fair to inform the shareholders ahead of time.”

Last month a group of US investment institutions said they had filed shareholder resolutions at 40 major companies calling on them to report on their spending on direct lobbying and lobbying via trade associations. Backers of the initiative include investors such as the $134bn (€104bn) New York State Common Retirement Fund, Walden Asset Management, the AFSCME Employees Pension Plan, PAX World Fund and the Tides Foundation. The coalition has been organised by Walden and the AFSCME and also includes faith-based investors such as Christus Health, Catholic Health East, the Sisters of St. Joseph of Boston, the Sisters of Notre Dame and Mercy Investment Services.